Hearts of Oak: We lost to Medeama due to bad officiating - Samuel Boadu 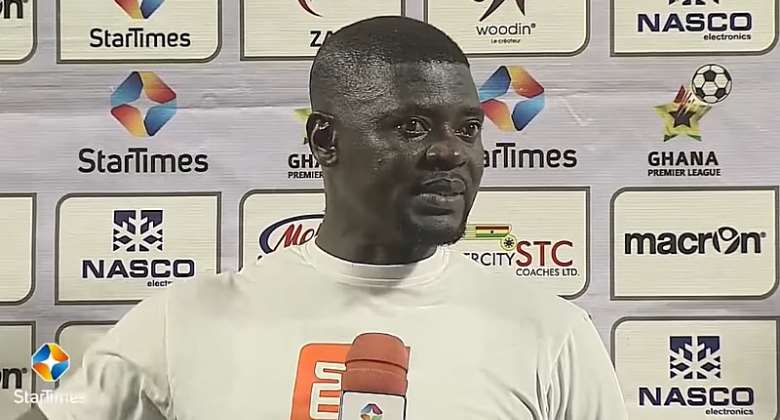 The 'Phobians' suffered a 1-0 defeat to the Yellow and Mauve at Akoon Park in an outstanding Ghana Premier League week six tie.

Vincent Atinga converted a late penalty on the 81st minute to claim all three points from his former club to take his side's unbeaten run to eight.

Speaking after the game, the enterprising gaffer has attributed their defeat to bad officiating having heavily criticised the penalty and Kwadwo Obeng's red card. He furiously stated;

"My players never struggled. It was because of the officiating. I don't talk about that but will hammer on that area this time around. Why did the referee awarded that penalty and even gave Obeng a red card. What's the motive behind that?

"We need the beauty of the game. Let's play football, if the better side wins, period!.

"My boys did well, they played to my instructions, they couldn't have scored us if not bcos of that penalty. With the league, all the teams are working hard but we will try and work harder," he added.

Hearts of Oak will look to redeem themselves when they host Eleven Wonders in match-week 13 at the Accra Sports Stadium.