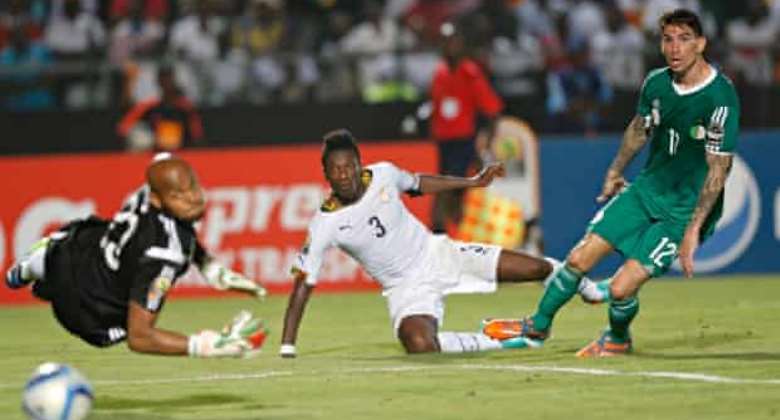 Ex-Sports Minister, Mahama Ayariga has disclosed what Asamoah Gyan said before scoring that cracker against Algeria during the 2015 Africa Cup of Nations [AFCON] in Equatorial Guinea.

The Black Stars were in a group alongside Algeria, South Africa and Senegal.

Having lost to Senegal in their opening game, Ghana needed a win against the Desert Foxes to keep their hopes of reaching the knockout stage alive.

Gyan, who was battling with malaria ahead of the game, turned out to be the match-winner after scoring a late goal to secure a 1-0 win over Algeria with a superb assist from Mubarak Wakaso.

Recounting the events of that night, Ayariga, who was the Sports Minister at the time, said the striker was prepared to die for the country.

“If we lose our second game we are coming home. So I went to Asamoah Gyan and told him that everybody knows how capable Algeria is if you lose this one we are going home,” the Bawku MP said on GH One TV.

According to him, Gyan responded by saying: “Minister don’t worry, I will do anything for us to win, read my lips. Don’t worry go and sleep.

“The way he struggled with that ball to score, I was thrilled, in fact people showed me pictures hugging Nyantakyi and it was all over.

“When I went to the changing room, Asamoah Gyan said didn’t I say I will do anything for us to win this match and I said you have really proven to me that you will die for Ghana,” he added.

Meanwhile, the Black Stars went on to defeat South Africa in their final group game to advance to the quarter-finals of the tournament.

They then beat Guinea and Equatorial Guinea to reach the final, where the Black Stars lost to the Ivory Coast on penalties in the finals.