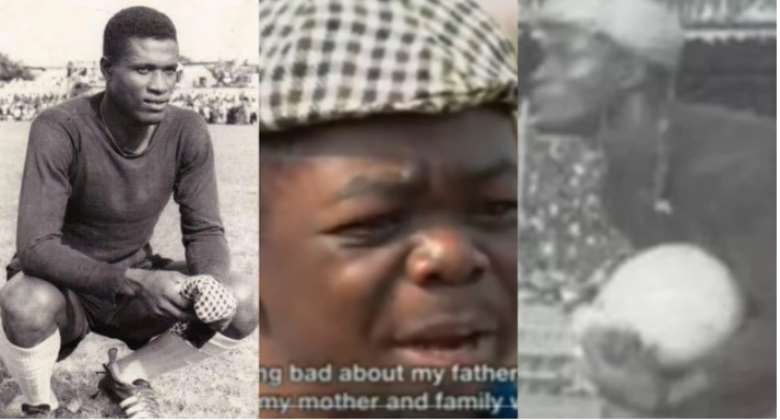 According to the family, Antoh hanged himself to death in his room.

Antoh’s death was disclosed by radio presenter Blakk Rasta, who confirmed that he died three days ago.

“The family said three days ago, Kofi Anto seemed uneasy and asked his son who was playing around him to go out and play and not make so much noise around him. It was this opportunity he took to hang himself," Blakk Rasta is quoted as saying by Ghanaweb.

The deceased was recently in a news after saying he would never sell his late father’s 50-year-old iconic cap for any amount.

Antoh's father, Robert Mensah, is regarded as one of the greatest goalkeepers ever to emerge from Ghana, having distinguished himself in the 1950s and 1960s.

His reflexes, anticipation and interception were second to none in his prime as a goalkeeper. He played for Ebusua Dwarfs before joining Kumasi Asante Kotoko, where he won the Ghana Premier League and the CAF Champions League.

He was the first-choice goalkeeper of the Black Stars team that won the 1963 Africa Cup of Nations (AFCON), which was the first of Ghana’s four continental titles.

Robert Mensah used to court controversy due to a special cap that he wore while keeping the sticks. He was, however, stabbed to death in 1971 following an altercation at a bar.