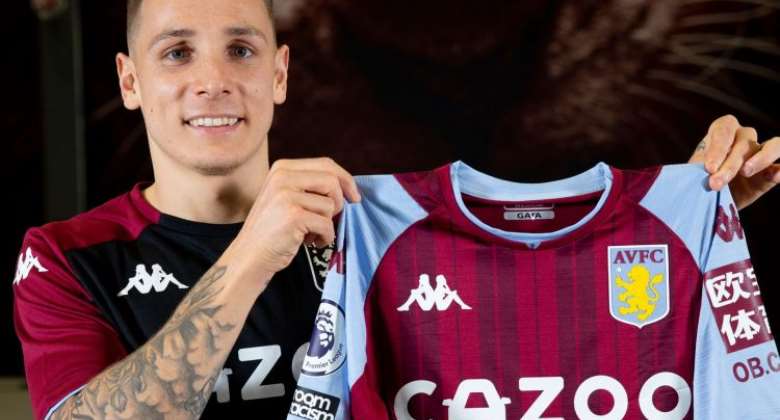 Aston Villa have signed Everton left-back Lucas Digne in a deal worth up to £25m.

It follows several days of negotiations, in which Villa beat off interest from Chelsea, Newcastle and West Ham for the former Paris Saint-Germain and Barcelona defender.

Gerrard told the club’s website: “When Lucas became available we jumped at the opportunity to bring him to the club.

“To sign a player of his pedigree and quality in the January window is a great addition to our squad and his arrival excites me and everyone associated with Aston Villa.”

Digne says Gerrard was “the main factor” behind his decision to move to Villa.

“I came here for the manager,” said Digne.

“I had a very good meeting with him, and we spoke a couple of times during this month. I feel his desire to win, to show his football as a manager – the attacking football, the possession.

Digne, who had three-and-a-half years remaining on his Everton contract, told the club he wanted to depart Goodison Park this month after falling out with manager Rafa Benitez.

Digne appeared to take a parting shot at Benitez on Wednesday night in a farewell post to Evertonians, after the Spaniard made public his desire to leave last week.

“Everything must come to an end,” Digne wrote on Instagram. “I just did not expect it to end this way. What has happened and some things that was said about me in the last month has made me very sad.

“I will always carry you with me in my heart wherever I go.

“Sometimes it only takes one person from outside to destroy a beautiful love affair.”

Prepare for hunger in Ghana — GAWU warn Ghanaians
45 minutes ago