Cote D'Ivoire muscle past Equatorial Guinea at Cup of Nations 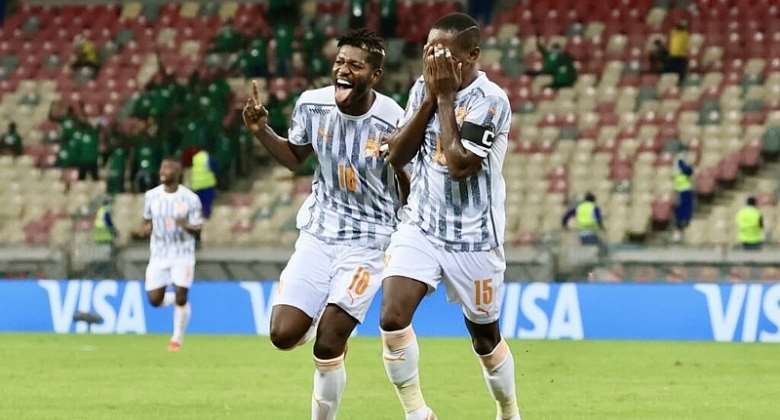 The 2015 champions took the lead early in the first-half through Max Alain Gradel - one of the heroes of that victorious campaign under Hervé Renard.

Emilio Nsue should have levelled mid way through the second-half at the Stade Japoma in Yaoundé.

The skipper was clean through and had only the Ivorian goalkeeper Badra Ali Sangare to beat but his shot lacked power and conviction.

Scare
It was a scare for the Patrice Baumelle's side who could not kill off the game.

But as a sign of strength, Baumelle - who was Renard's assistant during the run to the title - sent on the English Premier League operators Wilfred Zaha and Nicolas Pépé of Crystal Palace and Arsenal respectively.

Pépé, who has failed to express his talent since his move to north London in 2019 after two dazzling seasons at Lille, missed two presentable chances on the right.

Zaha also botched a chance in stoppage time to calm his side's nerves.

But Cote d4voire held on and will qualify for the next round with victory over Sierra Leone on Sunday who held the defending champions Algeria to a 0-0 draw on Tuesday.

Algeria will attempt to relaunch their bid for back-to-back titles against Equatorial Guinea.