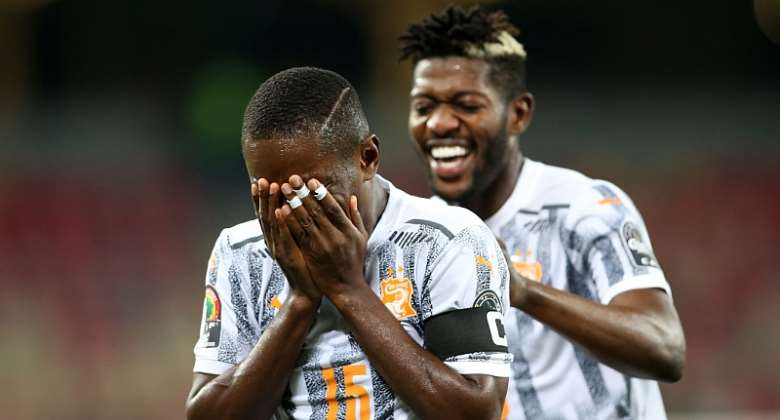 Ex-Bournemouth and Leeds forward Gradel lashed the two-time champions ahead from 20 yards with the outside of his right foot just five minutes in.

Equatorial Guinea had chances to level but Iban Salvador sliced their best one horribly wide from seven yards.

Equatorial Guinea were unhappy with Gradel's opener in Douala, appealing for a foul on Jose Machin in the build-up, but referee Redouane Jiyed confirmed the goal would stand after consulting his pitchside monitor.

Ibrahim Sangare sent an unmarked header over as Ivory Coast threatened to double their lead. But the Equatoguineans, who have qualified for the tournament by right for the first time in their history - with their two previous appearances courtesy of being a home nation - grew in stature.

A Basilio Ndong shot was thwarted by Elephants keeper Badra - standing in for first-choice stopper Sylvain Gbohouo after he was banned on the eve of the tournament for an alleged doping violation - while Machin's sweetly-struck volley from 25 yards flew just wide.

They were left, however, to rue the costly miss from Salvador in the second half and Nicolas Pepe could have settled it, only for Equatorial Guinea keeper Manuel Sapunga Mbara to thwart the Arsenal forward with a fine fingertip save.

Substitute Wilfried Zaha also steered wastefully wide late on for Ivory Coast, but it was far from a statement performance from a side that last won the trophy in 2015, against opponents ranked 58 places below them.