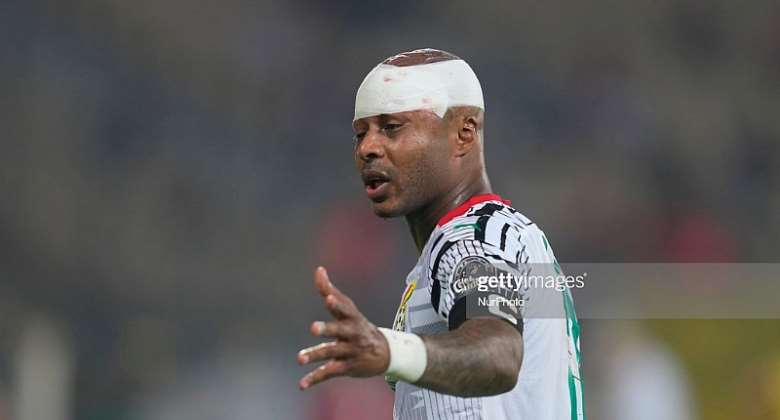 Ghana Football Association (GFA) President, Kurt Okraku, has revealed that Andre Ayew missed training on Monday due to the pain from his head injury in the first 2021 Africa Cup of Nations (AFCON) game against Morocco on Monday.

The Black Stars skipper sustained a head injury against the Atlas Lions in their opening game of the AFCON but managed to finish the game after receiving treatment.

However, Ayew failed to report to the Stade Ahmadou Ahidjo Annex with his teammates having been excused by coach Milovan Rajevac to rest.

Responding to Ayew’s absence, Okraku said he was asked to sit out of training due to the pain from the head injury he sustained.

“As you can see, Andre Ayew is not training with the team because of the pain from the injury against Morocco.

“He has been excused to rest as a precautionary measure ahead of the Gabon game on Friday,” said the GFA boss.

The Black Stars trained well on Wednesday ahead of a crunch meeting with Gabon in their second Group C game on Friday.

Ghana need a win against Gabon to revive their AFCON campaign having lost narrowly to Morocco in their open AFCON encounter.

Military in North East Region on stand by for NPP Regional e...
52 minutes ago