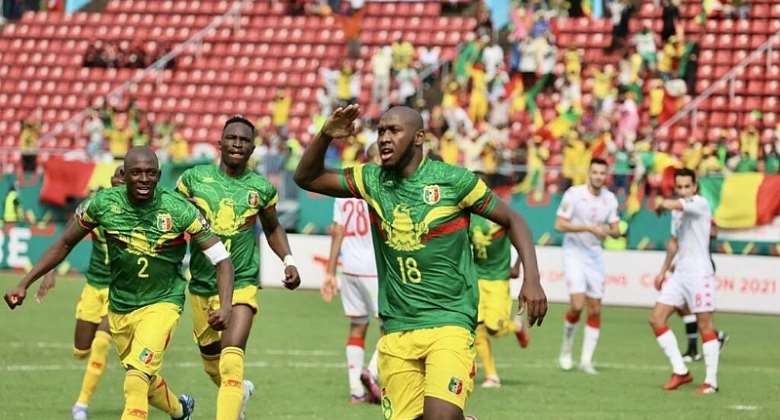 Mali edged past Tunisia 1-0 on Wednesday in Limbé after a tale of two penalties and a bizarre sequence of officiating at the end of the match.

Trailing to Ibrahima Koné's 46th-minute converted spot kick, Tunisia were pressing for the equaliser when referee Janny Sikazwe blew the whistle for full-time.

With just over 85 minutes elapsed, the Tunisian bench erupted in fury and disbelief.

Sikazwe conceded his error and restarted the game.
Two minutes later, the Zambian consulted the video assistants to confirm the expulsion of Mali's El Bilal Touré for a late challenge on Tunisian defender Dylan Bronn.

Tunisia, fourth in Egypt in 2019,  continued to hustle for the leveller in the dying seconds to atone for Wahbi Khazri's miss from the penalty spot mid way through the second-half.

But the advantage of an extra man lasted for just over 90 seconds.

After 89 minutes, as the fourth official was about to hold up the panel for the amount of stoppage time, Sikazwe again blew his whistle for full-time.

Pursued by the Tunisia head coach Mondher Kebaier and his coaching staff all pointing to their wrist, Sikazwe refused to relent.

As the venom rose, a cordon of security guards was swiftly whipped around hm and his other match officials.

Half an hour later, he and the Mali team returned to the field to play out the remaining seconds of regulation and stoppage time but the Tunisians refused to join them and the match officially ended.

"It was difficult with the heat and the pitch," said Tunisia striker Naim Sliti.

"But it was the same for both teams ... you just have to get on with it. Mali were better in the first half but we had our chances.

"We'll have to recover and prepare for the next game."

That encounter takes place on Sunday in Limbé against Mauritania while Mali face Gambia.

"We'll have to stay grounded for that match," said Mali coach Mohamed Magassouba.

"We have started the tournament well and we must stay calm and look ahead."