Day of contrasts as familiar names and newcomers meet in Cameroon 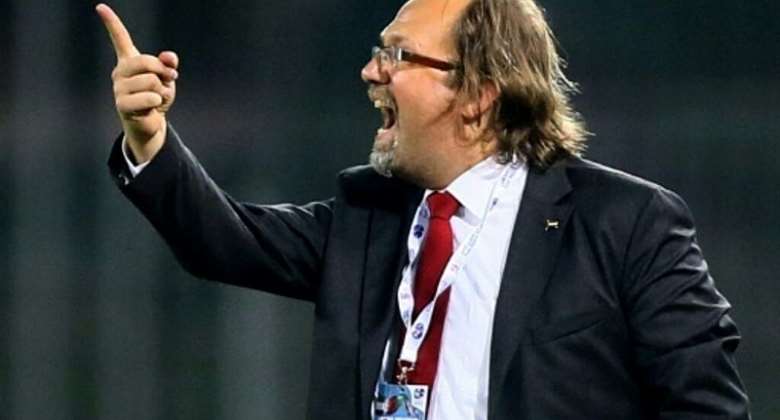 The first round of games culminate on Wednesday night with the Group E clash in Douala between the 2015 champions Cote D'Ivoiore and Equatorial Guinea.

Before the two go head-to-head for second time at the Cup of Nations, Tunisia take on Mali in Group F and in the same pool Mauritania - who made their tournament debut in 2019 - play newcomers Gambia.

When the first Cup of Nations took place in Sudan in 1957, Gambia was still a British colony.

Once independent, teams from Gambia either failed to qualify, did not enter or were banned for withdrawing.

In 2022 at the Stade Limbé, they will finally taste the high life.

"I have a young squad with a lot of players between 18 and 25 years old," Gambia coach Tom Saintfiet told the Belgian sports website Sporza before the competition.

"And we will be in Cameroon to learn. It is important that Gambia develops as a country that can qualify regularly. But in Gambia itself, everyone expects us to become at least African champions."

An unlikely result for an outfit rated 150th in the Fifa world rankings - the lowest of any of the sides featuring in Cameroon.

But the Gambians will take heart from the performance of the putative minnows at the tournament.

Africa's highest ranked team Senegal needed a stoppage time strike to see off Zimbabwe in their Group B opener on Monday and on Tuesday the defending champions Algeria could only manage a 0-0 draw with Sierra Leone who had not graced the tournament for 26 years.

"We played against a physically strong and well organized team," said Algeria coach Djamel Belmadi after the game.

"We had trouble breaking through the lines. We didn't score the goal that could have perhaps opened up the game and allowed us to finish at 2 or 3-0. We were not ruthless enough in front of goal."

His analysis of his side's 90 minutes against Sierra Leone could provide the template for Gambia and Mauritania who will play Tunisia and Mali next week.

For Mauritania it will feel like déjà vu. They played Tunisia and Mali in Group E during the 2019 tournament in Egypt.

Mali thrashed them 4-1 in Suez on 24 June in their inaugural outing at the Cup of Nations but they recovered their poise to draw with Angola four days later.

In the final game, a win could have taken them into the last 16. But they drew 0-0 with Tunisia to exit the tournament with honour.

"There is potential and a lot of room for improvement in Mauritania," said the 52-year-old Frenchman who coached the Garoua giants Coton Sport FC to consecutive top flight titles in 2014 and 2015 as well as the Cameroon Cup.

"It is true that there are two clear favorites with Mali and Tunisia," he added.

"But we can compete if we beat Gambia in our first game. It will already be like a semi-final. Mauritania must take a step forward."