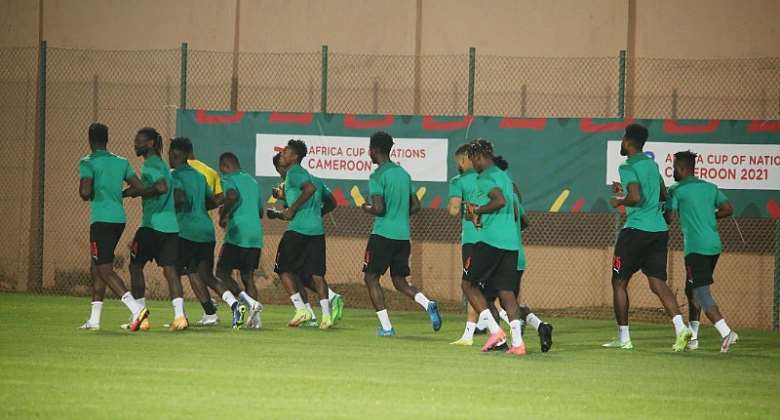 The senior national team, the Black Stars of Ghana held training on Wednesday morning ahead of their Group C game against Gabon on Friday in the ongoing 2021 Africa Cup of Nations [AFCON].

Andre Ayew, Thomas Partey, Jordan Ayew, Daniel Amartey and Jojo Wollacott were exempted from the team’s training on Tuesday but joined the training session on Wednesday.

Other players including Alexander Djiku, Baba Rahman, Andy Yiadom, Kamaldeen Sulemana and Joseph Paintsil did not also take part of the training session on Tuesday.

However, coach Milovan trained with the reserve team who were made up of Mubarak Wakaso, Fatawu Issahaku, Jonathan Mensah and a host of other players.

Dreams FC player, Philemon Baffuor joined the training session for the first time after traveling to Portugal to seal a transfer move.

The Black Stars opened their 2021 AFCON campaign with a defeat against Morocco and will be hoping to make amends on Friday.

Meanwhile, Ghana are on a quest to end its 40 years AFCON trophy drought.

Military in North East Region on stand by for NPP Regional e...
54 minutes ago