2021 AFCON: Andre Ayew should not have played against Morocco - Coach JE Sarpong 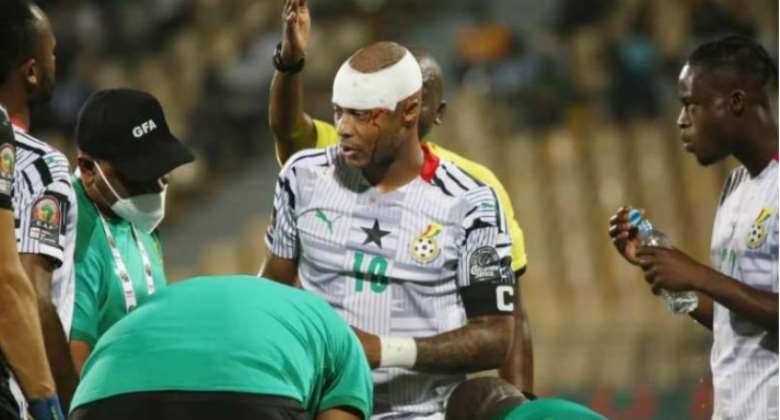 Veteran Ghanaian coach, JE Sarpong has taken a swipe at the technical team of the Black Stars for featuring Andre Ayew against Morocco.

Ghana suffered a defeat against the North African side in their opener of the 2021 Africa Cup of Nations [AFCON] in Yaounde on Monday.

After the game, Andre Ayew, who joined the team late but captained the side against the Atlas Lions said he played the game through sickness.

“I have not been feeling well for the past two days, I wanted to play, my colleagues wanted me on the pitch and I did everything because I have been waiting for this for three years now, we lost and I was unlucky to add a cut on my eye to it,” the Al Sadd forward disclosed.

But the former Asante Kotoko and Ebusua Dwarfs gaffer says it was wrong for Andre Ayew to play knowing very well he was not well.

According to the technical team should have motivated other players to take up the challenge.

“I wouldn’t have allowed Andre Dede Ayew to be on the pitch knowing very well that he’s not well," the former Great Olympics gaffer said on GTV Sports Plus.

"Meanwhile there were other players on the bench, the whole thing looked like he was forced to play," he added.

Ghana will be hoping to record their first win of the tournament when they take on Gabon in their second Group C game.