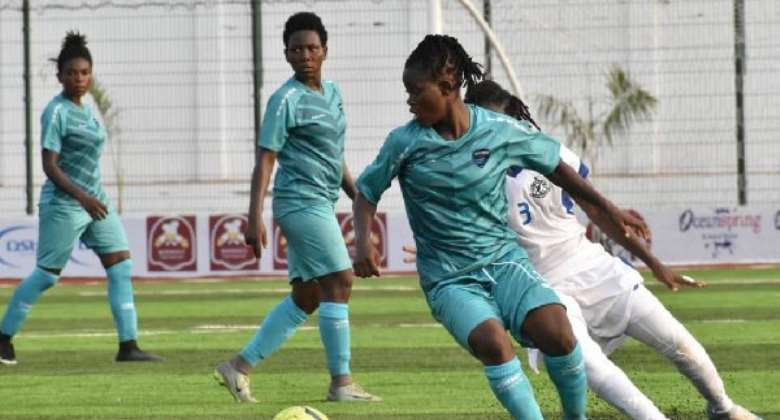 Ayinbire Norbert Head Coach of Army Ladies has said his side's 1-0 defeat against second-place LadyStrikers last Saturday, in the Women's Premier League (WPL) is as a result of poor officiating.

The Coach in an interview with GNA Sports expressed his disappointment in the match officials saying their performance was below expectation.

According to him, the limited time given to clubs by the Ghana Football Association (GFA) to prepare for the women's tournament was also another factor that caused his team's poor performance this season.

“Sometimes GFA had to ensure we are given the needed support to perform. This club just had less than six weeks to sign players and also prepare for pre-season before they got to the league.

“In football, the minimum you can have for pre-season should be eight to 12 weeks, but unfortunately we had less than five weeks to do pre-season, scouting, and signing of players.

“But we can't just rely on that, we just have to quickly adjust and get ourselves into the game,” he added.

LadyStrikers FC last Saturday, gave Army Ladies their fourth defeat this season after Sandra Narh finished off with a brilliant strike in the 90th minute of the game at the El-Wak Sports Stadium.

The side in their matchday five-fixture would face Socca Intellectuals who have also not won any match this season.

Nkoranza youth court case: Police have proven that TV sets a...
13 minutes ago