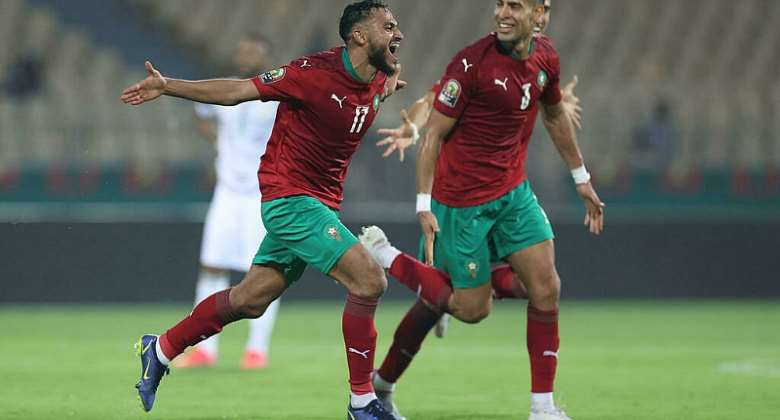 Guinea and Morocco won their opening games in Group B and Group C on Monday night with 1-0 victories over Malawi and Ghana respectively.

Issiaga Sylla stabbed in Guinea's winner just before half-time at the Stade Kouekong in Bafoussam.

After Joseph Kanté's trickery took him to the left by-line, he pulled the ball back for the Toulouse midfielder to add the finishing touch.

The 28-year-old Angers forward was first onto a loose ball in the penalty area to scoop home past the Ghana goalkeeper Joseph Wollacott.

The goal appeared harsh on Ghana who had been the more proactive of the two sides during a dour first half.

Just before the pause Joseph Paintsil surged past a couple of defenders but his shot from 20 metres flew high over the crossbar of Morocco goalkeeper Yassine Bounou.

Eighteen minutes from time Bounou threw himself to his left to palm away Paintsil's shot which was heading into the top corner.

Vignette
It was a rare moment of sustained skill in a match that had to that point witnessed 35 fouls.

"Ghana are a good side," said Boufal who was deemed man-of-the-match. "We wanted to win and we knew that we would have to keep working to do so."

Morocco, who entered the tournament as Africa's second best team in the Fifa world rankings, can qualify for the last-16 knockout stages on Friday if they beat Comoros.

Ghana can relaunch their campaign for a first continental title since 1982 with a victory against Gabon on the same day.

"Ghana are a strong side," added Morocco coach Vahid Halihodzic. "To beat them you have to play well and we did so I am very proud of all my players."