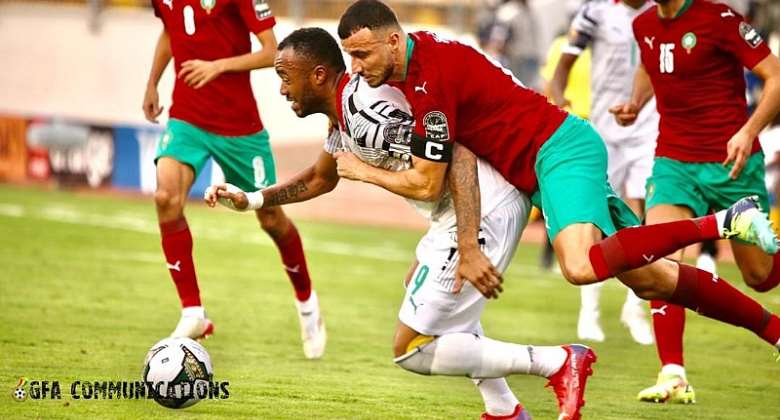 Former Black Stars captain, Asamoah Gyan was left unimpressed by the performance of Ghana after the narrow defeat to Morocco on Monday evening.

After an uninspiring performance, the Black Stars lost 1-0 to the Atlas Lions who scored through attacker Sofiane Boufal.

Speaking after the game as a pundit on SuperSports, Asamoah Gyan said the Black Stars played with no urgency.

“There was no urgency from the Black Stars. We wanted to catch the Moroccans on counter attack. I was expecting Issahaku to come on but it was late and it affected us. In games like this, you need to take your chances and win the game.

“If you create the chances and fail to convert them, the fans will not be happy. - Asamoah Gyan shared.

After today’s defeat, Ghana now has to prepare to face Gabon in the second Group C game of the 2021 AFCON in Cameroon.