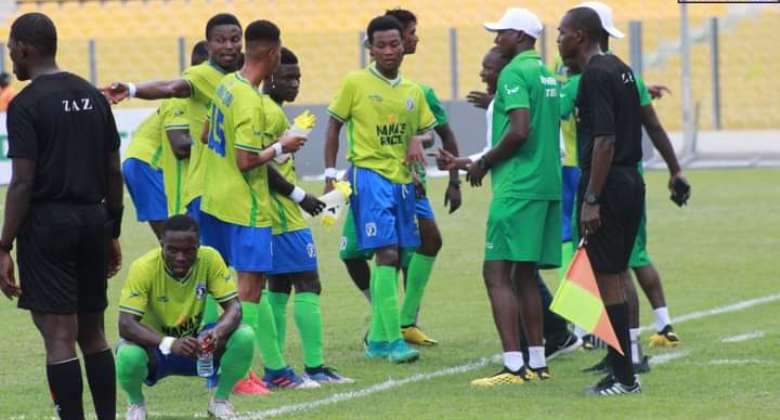 The attacking midfielder since joining the Hunters has displayed outstanding form and is currently one of the best players in the ongoing 2021/22 Ghana Premier League season.

In a matchday 12 encounter against RTU today, Augustine Okrah earned a starting role and made sure he did not disappoint.

The forward was in his usual element and trickery throughout the game and scored in the 18th minute to shoot Bechem United into a deserved lead.

Going on to work his socks off to help his team, the home team managed to score an insurance goal through Emmanuel Annor in the 64th minute of the second half.

With RTU failing to put up a fight, Bechem United held on and cruised to an important 2-0 win at the end of the 90 minutes.

The win today sees the Hunters climbing to 4th on the Ghana Premier League table whiles RTU drops to 10th on the league log.