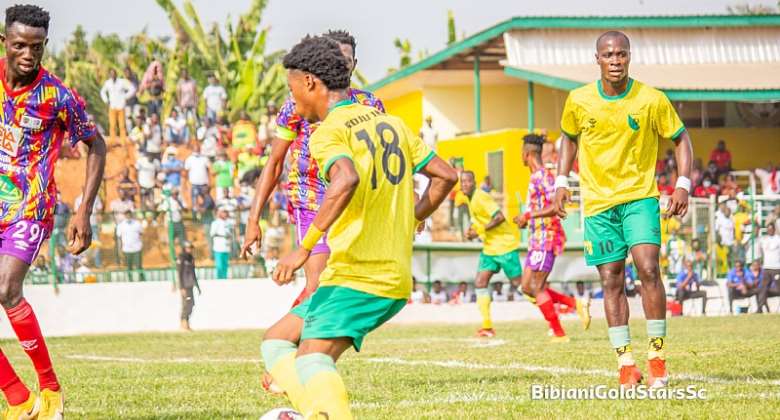 Defender James Serwornu secured all three points with a solitary equalizer for Hearts of Oak on Saturday afternoon when the team defeated Bibiani Gold Stars 1-0 in the Ghana Premier League.

After different struggles in the 2021/22 Ghanaian top-flight league campaign, the Phobians are fighting to get back in the right frame to fight for the league title.

Today at the Duns Park, Hearts of Oak locked horns with newcomers Gold Stars in a game serving as a matchday 12 encounter of the Premier League.

Following a dominating performance in the early parts of the first half, the visitors did the needful in the 30th minute when James Serwornu scored with a fine effort to shoot his side into the lead.

Now in the lead, Hearts of Oak continued to excel in key moments as the team collectively defended very well to protect the goal.

Eventually at the end of the 90 minutes, the defending champions managed to secure the maximum three points with the narrow 1-0 victory.

With today’s win, Hearts of Oak are now 7th on the Ghana Premier League table. The team has two outstanding matches to play and could get further close to the top four if they are able to pick maximum points.