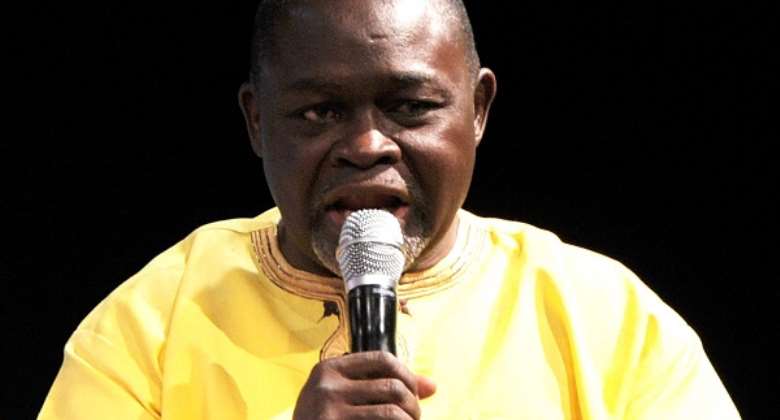 Boxing legend Azumah Nelson says he feels fulfilled in life after an illustrious career in the ring and all the good things in life but maintains his greatest need currently are prayers by Ghanaians for divine protection, good health and guidance.

At 63 years, Azumah says seeking the face of God is his biggest priority today after being blessed with a boxing career many can only dream of as a three time world champion in two divisions and a member of the exclusive International Boxing Hall of Fame.

“For now, the only thing I need from Ghanaians is regular prayers for God to guide, protect and bless me with good health so I can continue to be a blessing to the nation in various ways,” he told the Graphic Sports in an exclusive interview.

The legend retired in 1998 and is engaged in boxing promotion by organising the ‘Azumah Nelson Fight Nights, speaking at corporate events and also playing the role as brand ambassador for DE-LUXY Paints and for oil marketing giants GOIL.

Today, Azumah looks back at his career and life with a sense of fulfilment, particularly for the love he’s enjoyed from Ghanaians in and out of the ring.

“I am okay and thank God for my life. I give glory to God for all that He has done for me. I also want to thank all Ghanaians sincerely for their continuous support for me during my active days.

“They always kept vigil to pray and watch me displaying my skills in the ring and that support brought me this far. This explains why I want to use this opportunity to appreciate them,” he said.

Regarded as the greatest African boxer of all time, Azumah is among a few champions to have held a WBC world title for a decade undefeated. He wants younger boxers to realise that there is intense competition out there, so it is even more difficult to hold on to a title than to work one’s way up to the top as a world champion.

“They [present generation] should not merely dream to be world champions without knowing how to keep their titles. This is because if you joke with your title, a hungrier opponent will humiliate you before snatching your title belt from you,” he advised.

More than two decades since hanging his gloves [Azumah retired in 1988 but came back a decade later to face old foe Jeff Fenech in a charity contest in Melbourne], the elder statesman of boxing says he is enjoying life outside the ring but still makes time to watch some local fights and on TV.

“There is time for everything, so I am happy and enjoying my retirement. Ironically, when I watch boxing on television and see some of them committing elementary mistakes, I wish I were in the ring dishing it out to entertain my fans.

“However, since I can’t be in the ring anymore, my advice to the young ones is that they should learn the art of boxing well to know the right thing to do in the ring and excel,” he stated.