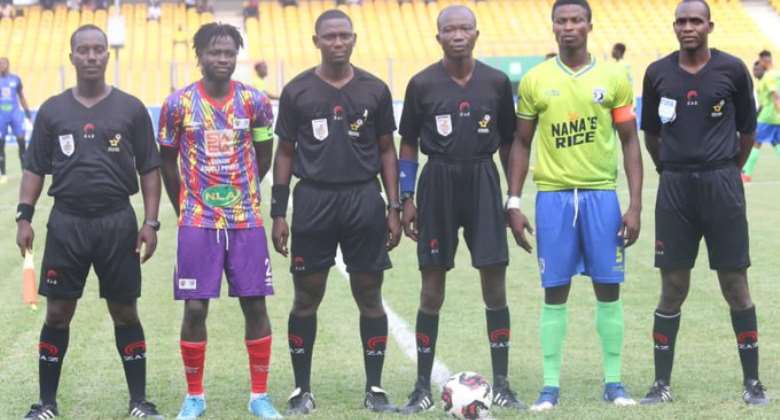 Hearts of Oak had to settle for a goalless draw with Bechem United on Sunday afternoon after the opponent gave the side a very difficult game at the Accra Sports Stadium.

The Phobians since their exit from the CAF Champions League and Confederations Cup have impressed and now looking to put up a challenge to defend the Ghana Premier League title.

Today as they returned to action at their preferred home grounds, fans were poised to see the team cruising past the opponent with a much-needed win that would have done the team a lot of good.

Unfortunately for Hearts of Oak, Bechem United had a lot of quality in their team and put up an outstanding performance that saw the side threatening the hosts several times.

Eventually at the end of an exciting contest, both teams settled on a draw and shared the points one apiece.

Courtesy of the result, Hearts of Oak remain 9th on the Ghana Premier League table and 9 points behind joint league leaders, King Faisal and Asante Kotoko.