2021 was a good year for Ghana Sports, but more can be achieved 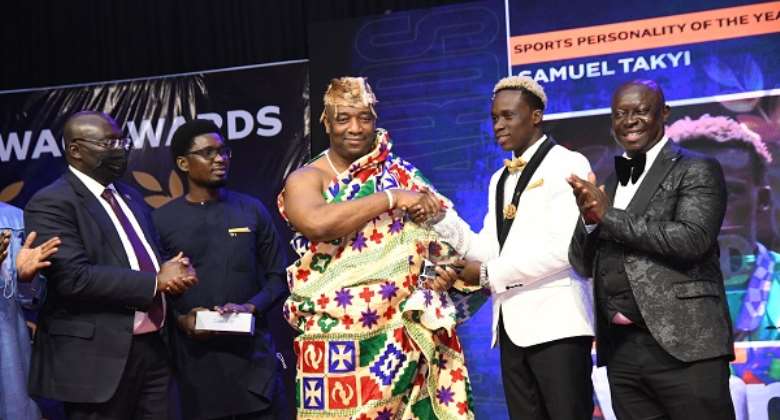 Sports is my business and reflecting on the past year, I can boldly say 2021 was a good season, despite the fact that more can be done if the government, sports authorities and media give more support in terms of funds and encouragement.

The Corona Virus pandemic was a big border to many nations, but it was fought and the sports world got the victory.

Our nation, Ghana is blessed with talents, but that alone can not take the sportspeople to the level where they can rub shoulders with other stars in the world.

Football, Boxing, Athletics, Volleyball, Hockey, Swimming, Rugby, Golf, Tennis and Table Tennis were the disciplines that gave Ghanaian sports lovers some moments of excitement and hope that the future is still bright.

The Ghana U-20 national teams led by Daniel Afriyie Barnie conquered Africa, but they could not qualify for the Tokyo 2020 Olympic Games.

For once the Premier League was exciting as Accra Hearts of Oak came back after many years of trophyless seasons to win.

But the highest point was - the Tokyo 2020 Olympic Games where Yours Truly was privileged to represent Ghana as the one and only sports journalist.

The star of the Team was Samuel Takyi who won our first medal in 1992. It was also Ghana’s only medal secured in boxing since 1972, and he had a fantastic time and chance to take another stand on the podium at the closing ceremony standing beside the IOC President.

The 14 athletes who represented Ghana in athletics, boxing, judo, swimming, and weightlifting did their personal bests and need to be commended, but it was boxing that brought joy to Ghanaian hearts.

In Athletics, Ghana’s 4x100m relay team was also a delight to watch in the World Athletics Relay Championship held in Poland in May which gave them a ticket to the Tokyo Games where they managed to beat the USA to qualify to the finals.

Young female long jumper, Deborah Acquah, set a new national record in the long jump with a new mark of 6.81m to establish herself as the leading African jumper, but narrowly missed out on automatic qualification for the Tokyo Olympics. She broke Ruky Abdulai’s 6.44m old record set in 2007. Also, Benjamin Azamati of West Texas A&M University broke a 22year old 100m record set by Leonard Myles-Mills in 1999. Azamati did 9.97secs to Myles-Mills’ 9.98secs.

Skipper of the athletics team, Joseph Paul Amoah, also made the headlines when he broke the national 200m record after smashing a 24-year record of 20.15secs held by Emmanuel Tuffour with a personal best of 20.08secs. He made the record in the NCAA Division I Championships held in Austin, Texas.

Football, the passion of the nation had its moments to celebrate as The Black Stars sealed qualification to the Africa Cup of Nations.

Glorious Accra Hearts of Oak marched to their first title in 12 years with coach Samuel Boadu providing the Midas touch.

Hasaacas Ladies were such a delight in 2021. The Doooo ladies from Sekondi made their mark in Africa in the maiden CAF Women’s Champions League with progress into the final of the tournament. Hasaacas Ladies swept all five trophies available to female football teams in Ghana in 2021. They won the Women’s Premier League, Women’s FA Cup, and maiden First Lady’s Cup.

In professional boxing, Isaac Dogboe fought and won two bouts against Adam Lopez and Christopher Diaz to smoothen his return for a shot at the world title. Richard Commey lost against Vasyl Lomachenko.

On the local scene, there were shocks and surprises in elections as Dr Henry Manly-Spain lost at the GBA, and Mr George Lamptey also succumbed at the GBF level.

New GBA President, Mr Abraham Neequaye has changed the face of professional boxing with the introduction of new title belts and many Ghanaian boxers are performing better than previously.

2021 also saw an improvement in Rugby as Ghana stepped up did well under the leadership of Mr Herbert Mensah.

In Swimming, 16-year-old Unilez Takyi went to gain exposure at the Olympic Games and gave hope to female swimmers, but it was Abeiku Jackson who held the flag of Ghana high with his classic performances, breaking national records and setting new ones.

The female hockey team of the Ghana Revenue Authority (GRA), Royal Ladies, defeated the Delta Queens of Nigeria 3-0 in the final match of the Africa Cup for Club Champions (ACCC) 2021 female division. That was another remarkable feat, but the men can do better with better training and exposure.

Volleyball proved to be an exciting game with the organisation of the Super Tournament by Mr Mohammed at the Ga Mashie Sports Hall in Accra. I must congratulate all the players and officials who took part.

The season saw the completion of several astroturf pitches, but the youth need more indoor sports facilities for other disciplines.

Ghana's bid to host the 13th African Games was boasted when the AU approved the rights and the event, Accra 2023 was launched.

I would like to salute the President of the Ghana Olympic Committee, Mr Ben Nunoo Mensah and his board and all federation heads for their sacrifices and task the government to motivate them by supporting them with funds.

I must salute the Sports Writers Association of Ghana (SWAG) for holding on to the awards which every sportsperson looks up to in Ghana.

Sports is life and the children and youth of Ghana must be inspired as the future belongs to them.