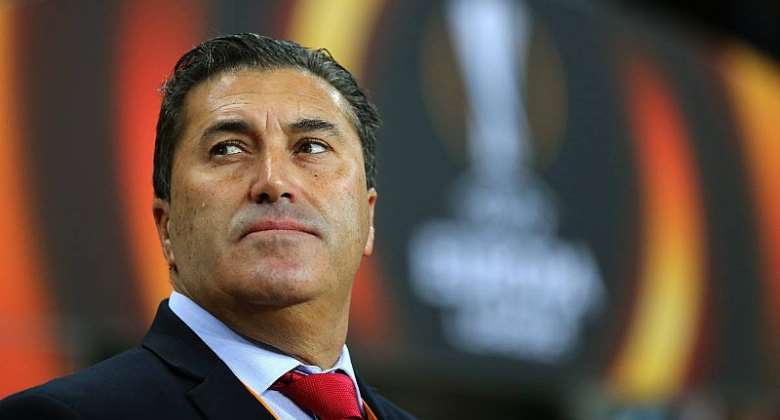 This was contained in a communique issued on Wednesday, 29th of December 2021 after its National Executive Council, NFF had confirmed the appointment of the 61-year-old.

The statement read “After a careful consideration of a memo presented by Chairman of the Technical and Development Sub-Committee, the Executive Committee endorsed a proposal for the appointment of Mr. Jose Peseiro as the new Head Coach of the Super Eagles, following the end to the relationship with Mr. Gernot Rohr.”

The announcement of the Portuguese, Jose Piseiro was made precisely 19 days after the country’s football governing body parted ways with Gernot Rohr, a Franco-German who was formerly the Super Eagles' Head Coach.

The new head coach however will not, as expected, lead the Super Eagle in the AFCON in Cameroon but will only go there to play the "obersever" role. NFF also immediately appointed former international and current Technical Director, Augustine Eguavoen as the interim Technical Adviser.

“However, the Committee resolved that Mr Augustine Eguavoen, named the interim Head Coach, will lead the Super Eagles to the AFCON 2021 in Cameroon with Mr Peseiro only playing the role of Observer. It was unanimously agreed that the AFCON is a good avenue for Mr. Peseiro to launch a working relationship with Mr Eguavoen, who will revert to his role as Technical Director (hence Mr Peseiro’s immediate boss) after the AFCON,” the communique appended.

61-year-old Peseiro, after an unassuming career as a player spent his first eight years as a manager in the third and fourth tiers of Portuguese football, while starting out as a player-coach at his last team. In 1999, he was appointed at C.D. Nacional and helped the team promote to the Primeira Liga in just three seasons.

Until August 2021, he was the coach of Venezuela after the resignation of Rafael Dudamel. At the 2021 Copa América in Brazil, Venezuela were eliminated from the group stage with just 2 points in four games; Peseiro was praised by pundit Tim Vickery for achieving those results despite a spate of COVID-19 infections that led to travel restrictions which kept his team's key forward, Salomón Rondón, away in China. He later resigned in August, having not been paid for over a year amid the South American country's economic crisis.