Is there football after Juju? The Ghanaian experience .. 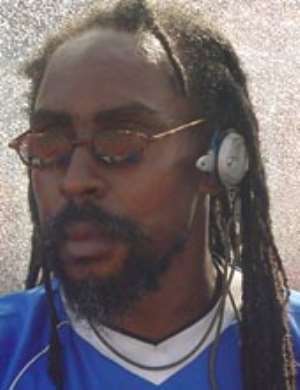 The recent and continual decline in Ghana football has been the subject of debate on every street corner, chop bars, internet cafes, the numerous radio stations commentators, football coaches, the Government and last but not least the Ghana Football Association.

While the debate rumbles on the Black Queens have been the only football team coming from Ghana that even in defeat and subsequent elimination from the FIFA Women’s World Cup has been a source of pride and offer a glimmer of hope that things will only get better.

As I write the Black Meteors are contesting the title at the All African Games in Abuja. This effectively presents itself as the acid test for the newly appointed Ralf Zumdic as the Head Coach of the Blackstars and the Black Meteors on a three month contract.

All the above perhaps will and should form the core of a subsequent or a sequence of further analysis as there is so much tings to say.

However, for the purpose of this article as my title suggest, let us turn our attention to just one of the factors of our present disposition and that is the contribution and the strong presence of Juju within Ghana and indeed African football. What is Juju? For us as Africans Juju represents one of the core foundations of our society dating back to as far as one can remember and enshrined in the West African belief system. Witchcraft is an accepted reality in African societies and the belief features prominently in our daily lives. In fact most misfortunes give credence to the belief in Witches or fetish Priests.

Witchcraft is the use of inherent psychic powers performed for a definite purpose, either to cause injury to health and property or to do good. Little is known of the good work performed by so called witches but much can be said about the injury caused to people’s health and the rampant destruction of property and business!

In the final analysis, essentially any acts of Juju or Witchcraft performed by a Witch/Fetish Priest can be categorised as possessing negative affects only. Football and the Mallam In football, Witches, Wizards or Fetish Priests are known as Mallams. There is no difference in performance except to say that these witches are so called specialist in determining the winners and losers in a game of football.

Their powers range from washing the Football Jerseys in spiritual waters and offering prayers to the gods. They produce special concoctions for the players to sprinkle on themselves and to be used on the field of play. They produce powders that on the blast of the first whistle from the Referee are ceremoniously thrown into the air by a player or one of the coaches or official of the club. Objects are provided for the Goalkeeper to place within his defending goal and more noticeable the players are given handkerchiefs which are normally placed around the wrist of every player.

The Mallam always assures the players, coaches’ club officials that so long as they comply with the instructions then the game will be won. They even go as far as to predict the score! The effect of Juju on Football in Ghana This season kicked off with the LG Top Four tournament featuring the most prominent teams within the Premiership, Accra Hearts of Oak the 2002 Champions, Kumasi Asante kotoko, Dansoman based Liberty Professionals and Accra Great Olympics.

The hype and tension associated with the two matches to be played featuring Accra Hearts of Oak and Kumasi Asante kotoko overshadowed all other games but was to be marred by the different approaches to the application of Juju as a significant force in determining who the victors of the two rivals became.

Accra Hearts of Oak in their home game against Kumasi Asante Kotoko spent no less than one hour prior to the kick-off in full view of waiting spectators performing a variety of rituals. Concoctions and powder along with other items were disposed of on the field of play. Incessant chanting by the players at the half-way line and every corner flag of the field as well as within the goal post were all designed to ensure victory. The game after 90 minutes actually ended goal less!

All this and more the night prior to the game at the usual shrine in Accra with all the sacrifices involved makes the job of the coach very difficult to say the least. It begs the question as to who determines the strategy and tactics of the players of the game in hand. Is it the coach or the mallam? Who do the players really believe in? And how does it affect their game now that they have been told how many goals they will score and win by? Do clubs like Accra Hearts of Oak really need a coach? And what happens to the psyche of the players once the game is over and the words of the mallam fails to manifest?

As we are all too aware the LG Top Four Tournament was won by Kumasi Asante Kotoko, who also defeated Accra Hearts of Oak in Kumasi by two goals to nil. Was this a case of kotoko having a more powerful mallam than Hearts?

Having travelled to Angola for their game against AS Avacio the signs were ominous that there would be a problem. Ghanaian sport commentators became concerned about the level of Juju that the Angolans would employ to ensure the defeat of Accra Hearts of Oak and this became the focus of attention for supporters and patriotic Ghanaians alike as opposed to the real issues such as the strategies and tactics or indeed the players that would be employed on the day. As a result Accra Hearts of Oak suffered the biggest single defeat, losing by three goals to nil!

Two weeks later at the Accra Sports Stadium Accra Hearts of Oak had the dubious task of facing AS Avacio of Angola in the return leg with the sole aim of defeating them by no less than fours clear goals. Mission impossible by any stretch of the imagination, but made all the more feasible by the words, concoctions, powders and sacrifices of the mallam. Accra Hearts of Oak did manage to win this game but not by a margin necessary to qualify for the next stage of the competition. Supporters, commentators and critics called for the dismissal of the Head Coach Herbert Addo instead of calling for the admonishment and dismissal of the mallam! Kumasi Asante Kotoko faced no different an ordeal. After sailing through the LG Top Four Tournament they began to find the going tough in the Kinapharma Premier League. After a series of poor results which did not see them defeated, the “Golden Boy” Coach Abdul Razak began to look as though he was coated in bronze. They travelled to Kpando in the Volta Region in the week fixture of the Kinapharma Premiership to face the debutants the Heart of Lions. The Volta Region and its people are well known for the Juju they are able to perform and as for football it had been declared to all and sundry that once a visiting team crossed the bridge fifty percent of the game was over and once they arrived in Kpando they would never leave as the winners. Kumasi Asante Kotoko conceded a goal within the first five minutes and was not able to recover, missing a penalty and hitting the woodwork on numerous occasions in the remaining eighty five minutes. It was there first defeat for the season, but the players were not to blame as they put up a valiant display of football but were unable to score against the Kpando Lion Mallam. In what was described as an historic victory and or defeat (depending on which side of the fence you were on) the focus of attention centred on what had been done in the lead up to the game during the week in a house in Kpando. The “ways and means” used to defeat Kumasi Asante Kotoko was discussed over the airways for the entire week! The player who scored the goal was tossed into oblivion along with the entire Heart of Lions team as it became clear that some forty five people were placed spiritually in the Heart of Lions goal post in addition to the eleven players on the field. The Heart of Lions Coach Mr Lamptey in his various interviews was also clearly unable to account for the victory and could only say “well we all saw it!” It did not stop there for Kumasi Asante Kotoko as performances dipped even though they continued to win. The African Cup Winners Cup struck fear in the hearts of Ghanaians as memories of the Blackstars painful defeat to the war-torn Rwandans in Kigali began to playback in our sleep. But it would be different this time we told ourselves as Kumasi Asante Kotoko would play the first leg at home and our mallam would ensure that we won the day by all means. I am unable to say much about the spiritual preparations for this game except to say that it was widely rumoured that many people slept at the Kumasi Sports Stadium the night before the game. Never-the-less on that fateful Sunday Kumasi Asante Kotoko conceded an early goal once again and trailed for some sixty minutes before two late strikes gave them a slim victory to travel to Kigali for the second leg.

I was dumbstruck when I learnt that the Technical Director of Kumasi Asante Kotoko did not travel to Kigali for the second leg but instead no less than four officials of the club made the trip instead! I was also not aware of the presence of the mallam but am assured that if he did not travel the concoctions surely did!

All this served no purpose in the long run as Kumasi Asante Kotoko displayed a dismal performance and then turned round to blame everything on the Referee and his Assistants.

As for my own personal experience, working as the Head Coach for Okwawu United proved to be an eye opener. First of my entire objection to the practice met with stern resistance from players and some members of the technical bench

Pre-season matches got off to a good start and I was allowed to take the reins at will but as soon as the season began and we drew nil, nil with Stay Cool Professionals than the reins were swiftly taken from me and the services of the mallam re-introduced into the system.

It was very frustrating to say the least as the powder and handkerchiefs rendered the entire weeks training and subsequent team talk useless to that of the advice of the mallam! I can remember when we went tp play Berekum Arsenals in Berekum. On arriving at Nkawkaw we stopped to eat some food and mingle with the fans for a couple of hours. When we were ready to leave I was informed that the jerseys we were going to use had not arrived yet so we would have to wait for them.

For a moment I did not understand what I was being told, until it was explained to me that the jerseys had left Accra over a week ago to be blessed and washed in special water by the mallam in Nkawkaw. We waited another forty five minutes before the jerseys arrived and we were able to move on.

On the day of the match the officials at Berekum refused us entry onto the field of play until all the Arsenal players were warming up. When we eventually Okwau, changing rooms, swapping jerseys, handkerchiefs, half-way line/goal/corner chanting, Match commissioners Premiership club to use own venues pfa

PIC: Author of article who was the head coach at Okwawu United

BONABOTO Chiefs Run To Akufo-Addo To Probe Why Airport Proje...
47 minutes ago