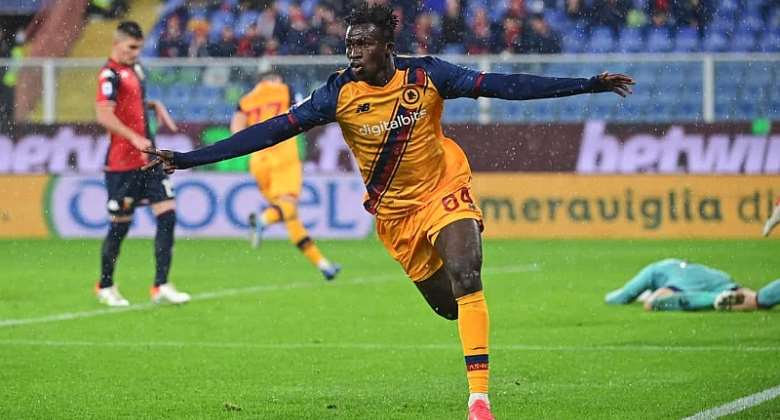 AS Roma forward, Felix Afena-Gyan has turned down a call-up to the Ghana national team ahead of the 2021 Africa Cup of Nations [Afcon] next month.

The 18-year-old was named in Ghana's 30-man provisional squad for the 33rd edition of the tournament in Cameroon.

However, according to a report by Kumasi based Akoma FM, the representatives of the young promising forward have officially written to the Ghana Football Association [GFA] expressing their utmost appreciation for the invite but insisted he is not ready to feature for the Black Stars at the moment.

This is the second time Afena-Gyan has rejected the call-up. It will be recalled that he was handed a call up ahead of the final round of games of the 2022 Fifa World Cup qualifiers but failed to show up.

This season the workaholic whizkid has earned plaudits across the globe after breaking into the first team of AS Roma.

The former EurAfrica FC player has been in superb form with his mind-boggling performance since moving to the Serie A side - Roma’s youth team in March 2021.

Ghana have already kicked off preparations for the tournament scheduled to kick off on January 9 in Qatar.

The Black Stars are housed in Group C alongside Morocco, Gabon and Comoros.

Terrorism: Be quick to report any suspicious persons or pack...
4 minutes ago