Ekow Amoasi writes: Thank you Milovan Rajevac for the Black Stars provisional squad but ‘uncompetitive’ Philemon Baffour didn’t merit a place and must not make the cut to Cameroon 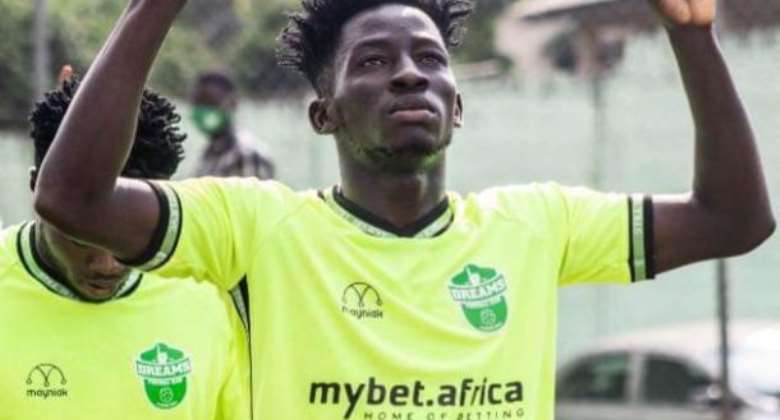 For the first time in many months, Ghanaians welcomed the Black Stars provisional squad for the 2021 Africa Cup of Nations [Afcon] despite some notable exclusions.

Prior to the announcement of the provisional squad on Tuesday, several portals reported that Philemon Baffour has been again named in Milovan Rajevac’s squad. I was astonished. This is a player who has been invited multiple times but has failed to feature for the country.

To be fair, it is always exciting to see our local players rocking shoulders with foreign-based players for a slot in the senior national team. In the past and all the four Afcon trophies won was won by mostly local players.

Again, I read that David Abagna has been handed a call up to the Black Stars. On social media, sports journalists and the ordinary Ghanaian welcomed the news with many uploading highlights of his games played so far in the season.

Abagna undoubtedly has been a livewire for Real Tamale United in the ongoing season. Scoring six goals for the Premier League returnees indeed proves that he is doing something remarkable for the Northerners.

Maxwell Abbey-Quaye of Great Olympics also earned a maiden call up ahead of the tournament which came as a big surprise to me and many Ghanaians as well but the young and exciting forward’s inclusion has been massively welcomed by football fans. Following Gladson Awako’s departure to Hearts of Oak, football enthusiasts predicted that the Wonder Club will struggle but Abbey Quaye has been the kingpin for the club, scoring the first hattrick of the 2021/22 season in their opener against Accra Lions. The youngster since then has kept his performance on the high.

Before his call up, Alhaji Grusah, who is the bankroller of King Faisal said Abbey Quaye together with Zubairu Ibrahim merit a place in the Black Stars ahead of the Afcon.

“No player in the current Black Stars have got pace than Zubairu Ibrahim. Just look at his second goal against Asante Kotoko, he’s an intelligent player and deserves to be with the Black Stars at the Afcon,” Gruzah stated.

The inclusion of Richard Attah and Abdul Fatawu Issahaku again, have been massively applauded. Attah is yet to feature for the Black Stars but any follower of the Ghana Premier League witnessed his prowess for Hearts of Oak and played a vital role in their treble-winning last season.

Fatawu Issahaku having won the CAF U-20 Championship trophy and the best player of the tournament in Mauritania has been on a blazing form. Having joined Dreams FC on loan from Steadfast FC, the 18-year-old has been a real force for the Still Believe lads. After making his Black Stars debut against Zimbabwe at the Cape Coast during the 2022 Fifa World Cup qualifiers, Issahaku was lauded and praised for his bravery. In the game against Ethiopia at the Orlando Stadium in Johannesburg in South Africa, Issahaku was introduced in the second half and Ghanaians saw his impact despite being held to a 1-1 drawn game.

However, the consistent inclusion of Philemon Baffour in the Black Stars squad is gradually becoming a norm but always gets Ghanaian outraged. His impact at the Black Stars has been completely zero. This is a player who was invited by CK Akonnor for the Afcon 2021 qualifiers against South Africa and Sao Tome and Principe. Clearly, there were agitations but many suppressed their true feelings about the decision mostly because they deemed it a reward for the U-20 win; never mind that he was not one of the best players at the competition.

I must highlight that this is not a personal attack on Philemon Baffour. This is not an attempt to deride a young footballer who has clearly got a future ahead of him but his constant and consistent inclusion is a worry for every true follower of the Black Stars.

He was not expected to play against South Africa as Ghana needed all of its strongest arsenals to secure the Afcon slot. But by the time Ghana hosted Sao Tome, the Black Stars’ ticket to Cameroon was booked. Akonnor tried a few fringe players but Baffour was never given a run-in.

Akonnor handed him another call-up for the friendlies against Morocco and Cote d’Ivoire. Surely, he must play at least a few minutes of one of these games, right? Wrong. He was not featured.

When Baffour was named a 3rd time for World Cup qualifiers against Ethiopia and South Africa, Ghanaians were shocked because this is a player who has featured in any of his call-ups but he still managed to make the cut.

Andy Yiadom, having played the matchday one game against Ethiopia failed to travel to South Africa due to Covid-19 restriction. Baffour who was part of the team was dropped again and Hearts of Oak captain, Fatawu Mohammed, who was later called with two days for the game to be played was named in Black Stars starting line-up against the Bafana Bafana and played the entire 90 minutes.

That was supposed to be Baffour’s due date. Having been back-up for so long, Yiadom’s absence provided a clear pathway into the starting position; a chance to finally get some minutes. But Akonnor did not believe that much in the 21-year-old, and instead, started Mohammed, the backup to the backup.

But the question is if Baffour was fit and cut for the job, why was he not handed a starting place having trained with the team ahead of the games against Ethiopia and South Africa?.

Every team wants a proper competition to be able to compete for laurels. Baffour as it stands is a direct replacement for Andy Yiadom who is the first choice right-back. It clearly indicates that Yiadom, knowing that Baffour cannot give him a proper competition will relax and choose to give his best knowing that he is the first choice. This also indicates that Baffour is not the best backup option at right-back for the Black Stars at the moment.

Baffour looks decent and calm anytime he plays for Dreams FC in the Ghana Premier League. However, this is a player who was part of the U-20 team that won the trophy but his performance was questioned despite the Black Satellites winning the ultimate.

Remember he was handed a call up for the doubleheader against Zimbabwe during the 2022 Fifa World Cup qualifiers. Surprisingly, Daniel Amartey, who is a centre back was deployed as a right in both games after Yiadom failed to show up due to an injury. Again, Baffour was unused.

“I took over the team a few days to the doubleheader against Zimbabwe, and I had to go with players I knew better. That’s why I opted for Daniel Amartey,” Rajevac said after the game against Zimbabwe at the Cape Coast Stadium.

“In that situation, we had to win, and could not afford to make mistakes, so I went for Amartey because I know him better.

“Philemon was part of the Ghana team that won the U-20 AFCON, and he has quality. It is important for young players to take their chance when they get it, and for Philemon, I’m sure his chance will come,” he concluded.

For Milovan to say Baffour chance will come, that is the obvious truth but clearly, the Afcon is not the place to give Baffour the chance to prove his worth knowing what is at stake for the Black Stars.

I was happy when Milovan Rajevac said his provisional squad was not interfered with by anyone.

“Nobody interfered with my selection. This is a squad that I decided with my assistants,” Rajevac said on Tuesday when he announced his 30-man provisional squad.

It is quite clear Ghana has issues at right-back and at the moment but Baffour is not the solution or as a backup. Jonathan Mensah who plays in the Major League Soccer [MLS] has been invited to the Black Stars. Harrison Afful at age 35 is still playing like a young boy and has signed a two year deal for Charlotte FC after seven seasons with Columbus Crew. If Jonathan Mensah makes the cut, why not Harrison Afful who has the rich experience of playing for the Black Stars? I cannot recollect or Ghanaian I bet cannot recollect the last time Afful had a bad game playing for the Black Stars.

Baffour undoubtedly can be a real force for the national team in the future but at the moment, he does not merit a call-up or does not deserve to make the 30-man provisional squad.

In times like this, every Ghanaian will stay positive because there is a tournament just around the corner but I honestly believe Philemon Baffour must not make the cut to Cameroon.

The Black Stars need the support of the citizens but the Black Stars also need quality to win the trophy but that quality is not Philemon Baffour. He has not given the team any competitive advantage and must not make the cut to Cameroon.