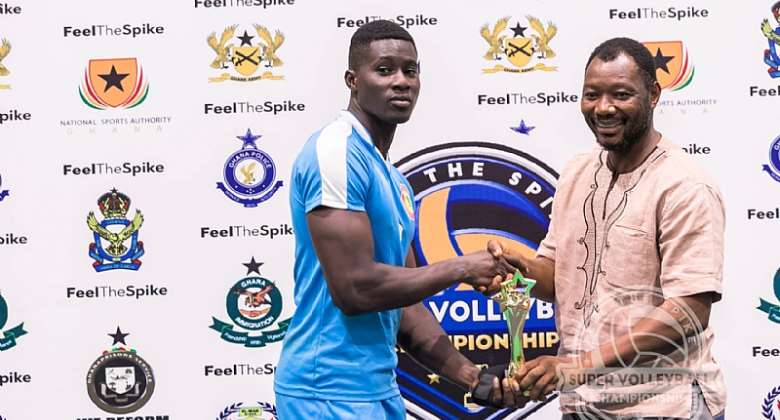 Mukaila Hakeem (Ghana Airforce) and Rashaka Katadat (Ghana Army) were named overall best players in the men and women’s division respectively at the end of the two day Super Volleyball Championship held at the Ga Mashie Hall of the Trust Sports Emporium in Accra.

Ghana Army’s Charity Torku and Paul Akan of the Ghana Police walked away with the Best Setter Award. Asante Ernest of the Ghana Army was named as the coach of the tournament.