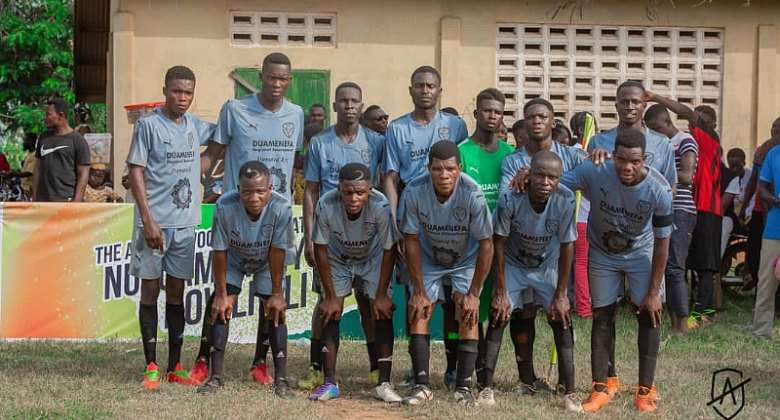 But for the euphoric echoes emanating from the expectant spectators, one would have thought, as they passed through the township of Avalavi, on Sunday, December 12, 2021, that, finally, the much talked about "rapture of the believers" has occurred. The entire town, together with its economic activities moved to witness the second round of the NUTOAMENENYO HOWLIWLI – a community development football competition organised by the AFETSI AWOONOR FOUNDATION – to empower the youth and promote unity and peace within the Ketu-North communities.

No, nobody wanted to be told the story about how events unfolded. The old and the young alike, men and women, and indigenes of Ketu-North who missed the first round of the qualifiers at the Dzodze-Penyi Senior High School Park the previous week, trooped the Avalavi Basic School Park to witness the historic event for themselves, rendering the entire town motionless and quieter than the serenity in the Awudome cemetery.

At exactly 12:45 GMT, the referee, flanged by his two assistants, stepped onto the pitch and blew the whistle. Dekpor Mighty Rovers and Weta United marched gallantly to the field amidst cheery shouts from their fans. The spectators were expectant. The coaches pulled their final tactics on the team. Each team made a silent prayer. Who will the gods favour? The whistle was blown. The ball was kicked. The time was 13:00 GMT.

It was the display of talent, preparation, supremacy and sheer determination. The gods reserved their favour and the first half ended in a goalless draw.

The second half saw each team more determined to dominate the other – their gaze on the trophy, the cash and the other juicy prizes. The park, at this point, was filled to capacity. But for the apt commentaries by Toronto, a sport journalist at Dzigbordi FM, some spectators would have missed out of some heated moments on the pitch. The more the clock ticked towards the 90 minutes, the more the pressure mounted. The fans were not left out. Though each team were from the same jurisdiction, what is at stake was more than unity. "We'll make peace again after the match," one fan of Weta United teased a legion of Dekpor Mighty Rovers fans.

When pressure gets pregnant, it gives birth to errors. The pressure on Dekpor Mighty Rovers caused a player to commit an error close to the 18 yard box which didn't miss the eagle eyes of the referee. A free kick was awarded and Weta United made the most out of it.

The final whistle was blown, announcing the end of the first match for the day. Weta United won Mighty Rovers of Dekpor by a lone goal. Perhaps, unity is stronger than strength after all? "Like the phoenix, we'll rise from these ashes of defeat," the players of Dekpor Mighty Rovers might have consoled one another, as they left the field in their ash-coloured jersey, obviously dejected. 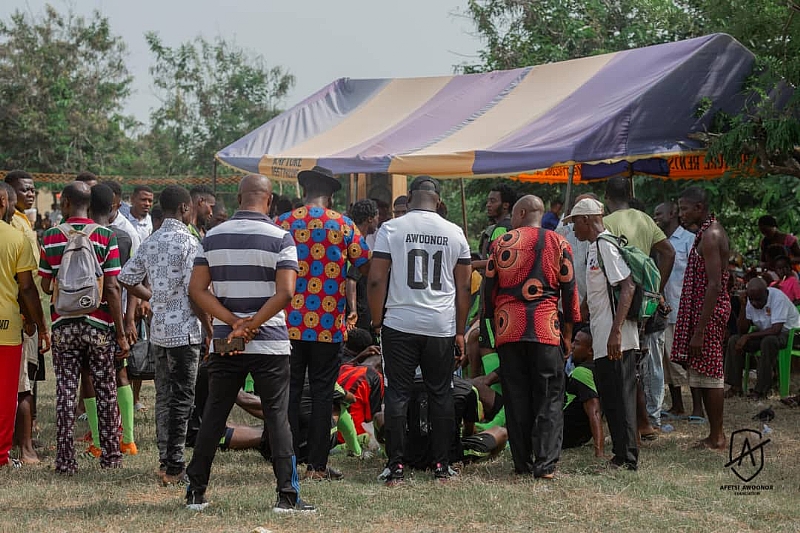 The young ladies who thronged the venue were not left out. The DJ did a great job at treating the spectators to some good music as they awaited the commencement of the second match. And, this was the perfect period for the ladies to showcase their skills as well.

"We might not have the skills to kick a ball, but certainly, we have the ability to swing our waists," they jubilantly danced their hearts out – of course, dribbling the salivating eyes of the men who, from afar, watched on. Just when some of the young men finally gathered the courage to defend the dribbles of these damsels, the referee blew his whistle, prompting the start of the second match. The DJ handed the show to the swift tongued Toronto.

It was a clash between Tadzewu Leed and Afife FC. The best was actually saved for the last. Both teams displayed their prowess to the maximum. The first half ended without a goal. They both came into the second half hungrier than before. Afife FC threatened the 18 yard box of the Tadzewus severally but it seemed the invisible hands of "Wovenu fe Mawu" kept defending the ball from entering the net. Afife finally scored a goal but alas, it was disallowed by the referee. The fans went haywire but what could they do than to abide when the god of the match had made his decree? The fight for the ball continued but the tall height of the goalkeeper of the Leeds of Tadzewu had always been handy. The match ended in a goalless draw.

The only way to determine the winner at this stage was through penalty shoot outs. After a little misunderstanding, Tadzewu Leed FC thrashed Afife FC by 6 goals to 5.

The losing teams, were presented with a cash prize for participating in the competition.

Like Oliver Twist, the insatiable spectators left, asking for more. They however, sighed with excitement, realising their hunger will be satisfied at the Tadzewu Basic School park when Kave Future Stars FC, Penyi Victory Stars FC, Weta United FC and Tadzewu Leed FC clash on Saturday, December 18, 2021, to advance to the finals on Sunday, December 19, 2021 at Ehi. However, moving into the semi-finals, these four teams are not representing the respective four traditional areas of Ketu-North.

Awutey Albert and Etornam Henry emerged as men of the match for the first and the second matches respectively. 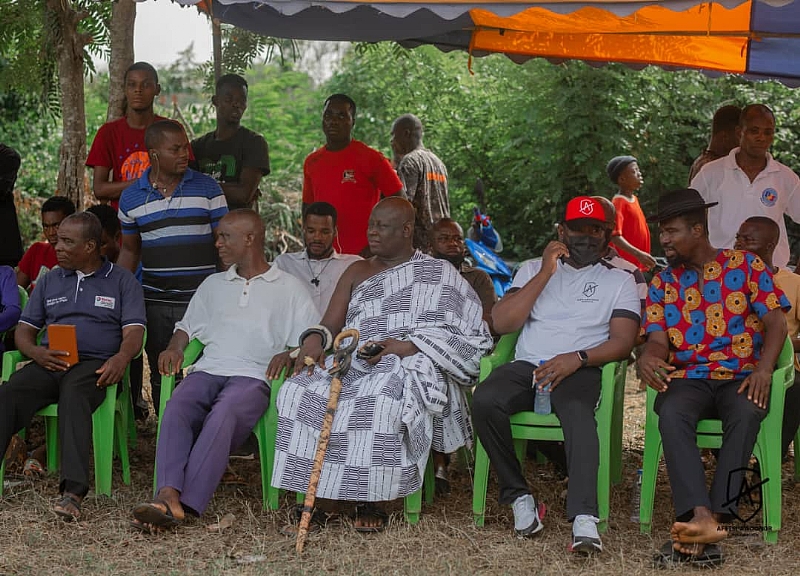 NUTOAMENENYO HOWLIWLI!! Empowering the youth and promoting unity through football.