Painstil Is My Player~ Arsenal Boss 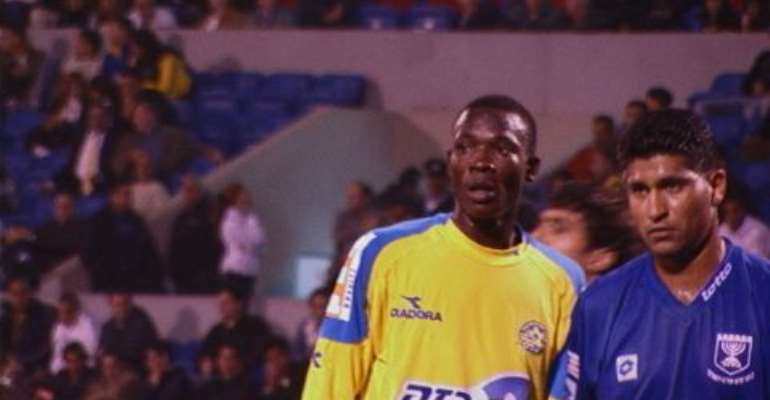 The chairman of Berekum Arsenal has reacted angrily to claims by Anthony Korankye of Dwarfs Babies that 15% of the transfer fee of John Paintsil should be paid them. This reaction came as a result of the court action Dwarfs Babies had threatened against the gunners.

In an interview with Space Fm at Berekum, Yakubu said Painstil is a bonafide player of Arsenal and hence no team has the right of a percentage of the transfer fee.

Dilating further, he said the player was spotted in 1996 during Inter~Schools festival at Berekum and played for the team at the 3rd, 2nd and 1st divisions before the team gained admission into the premiership some two years ago.

He recalled that the case came up few years ago at the Status Committee where Arsenal won and wondered why Dwarfs Babies has started with the same noise again.

Paintsil was loaned to Liberty Professionals in 2002 before moving to Israeli top side Macabi Tel Aviv for a four month spell. A permanent deal has been sealed with Macabi where Paintsil is the talisman of the team.