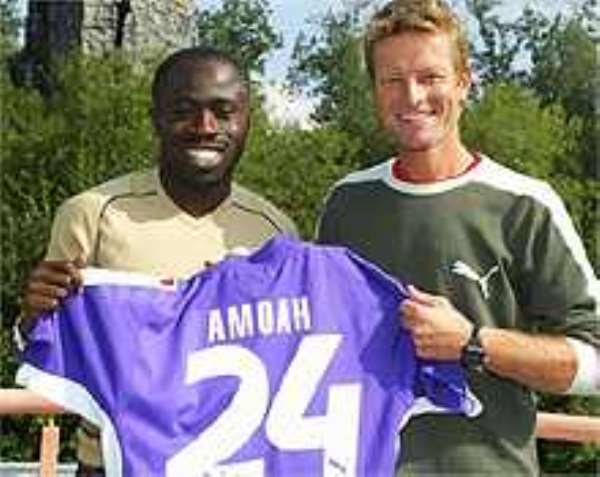 The 28-year-old moves to Salzburg at his own request in a bid to get more playing time. He spent most of the time on the bench of Sturm Graz last season. He told reporters at his presentation ceremony in that: "for me it is important that I can play regularly and compete at the highest level.I hope to bring my best to this club and to help them win silverware”

Amoah signed for Sturm Graz some two seasons ago at the request of Coach Gilbert Gress but lost his position when Gress departed.

He has been loaned out to Salzburg for one season to help them escape the drop as they are currently rooted at the bottom of the 10-team league table. Picture : Amoah and coach of Salzburg Lars Sondergaard at his presentation ceremony

Snake rescues 15-year-old-girl from alleged kidnappers in Kr...
11 minutes ago