Ply me a river: Seine to shine in Paris 2024 Paris Olympics opening ceremony 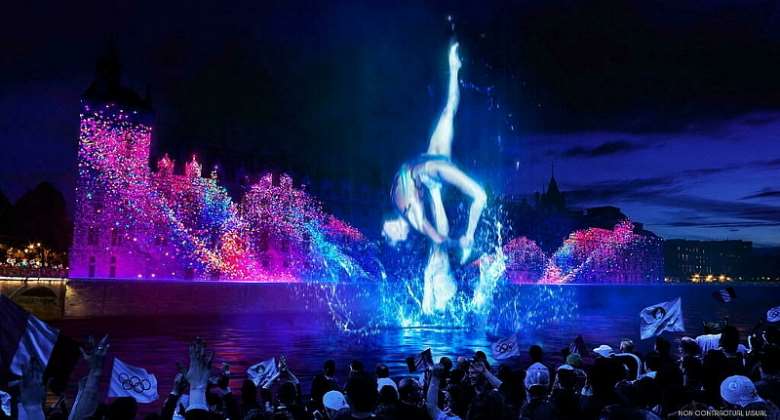 Organisers of the 2024 Olympics in Paris on Tuesday unveiled a video of their ambitious plans for an extravagant opening ceremony involving holograms and dancers as hundreds of boats surge along the river Seine past some of the world's most famous landmarks.

More than 10,000 athletes will cruise along the waterway on 26 July 2024 from the Pont d'Austerlitz in the east passing Notre Dame cathedral, the Samaritaine department store and the Museé D'Orsay in nearly 200 boats with cheering crowds packed on either side of the river.

The competitors will disembark after their six-kilometre voyage at the Pont d'Iéna between the Eiffel Tower on the left bank and the Trocadero gardens on the right.

"Paris, the Seine, the monuments, the riverside ... a unique spectacle," boasted the Paris 2024 organising committee on Twitter.

"We want to rely on the landscape to share our messages," added Tony Estanguet who heads the committee. "We want to democratise this ceremony with hundreds of thousands of people."

Change
Traditionally, the opening ceremony has been a single site spectacular. Paris organisers floated the idea of an array of venues last August at the handover ceremony following the Tokyo Games.

On Monday night, Estanguet, a three-time Olympic gold medallist in the canoeing events, said up to 600,000 people could participate in the show along the streets and riverbanks of the capital.

"Out in the city, we'll be able to have 10 times more people involved compared to an opening ceremony at the Stade de France," he added.

Since beating off the challenge of Los Angeles to host the 2024 Games, Paris has promoted the use of existing infrastructure for as many of the the disciplines.

The Roland Garros stadium will host the tennis and boxing events and the Grand Palais art museum will stage the fencing and taekwando. The beach volley ball will be contested in the Champs de Mars just in front of the Eiffel Tower.

Anne Hidalgo, the Paris mayor, said: “A city like Paris, which is also the city where all the universal declaration of human rights was born, is a city that should carry another message: popular Games, with a public that has access, for a large part freely, to this extraordinary space and to this worldwide event.”

Organisers conceded that the proposals that include 80 giant screens along the route as well as holograms projected over the river and dancers on the roofs of buildings could be watered down following talks with the security services.

The project has been approved by the International Olympic Committee, which has ultimate responsibility for the quadrennial extravaganza.

“Organising the opening ceremony along the Seine, the emblematic river in the very heart of the city, perfectly aligns with Paris 2024's ambition to reinvent the Games model by opening up participation to as many people as possible,” said IOC boss Thomas Bach.

“This ceremony will be an exceptional experience for all the athletes taking part, but also, and above all, for the people of Paris, for France and for the whole world.”