Africa Cup of Nations: Coaching confusion in Zimbabwe ahead of tournament 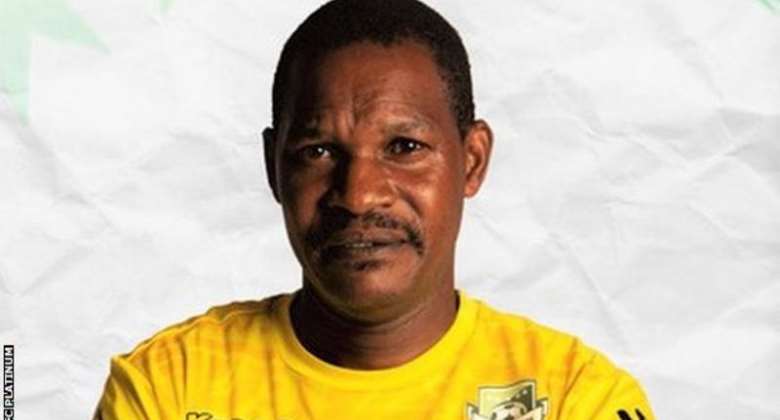 Mapeza led Zimbabwe in their final four 2022 World Cup qualifiers, and is set to oversee the Warriors at the Africa Cup of Nations

As the Africa Cup of Nations draws closer, the identity of Zimbabwe's coach is mired in confusion following a dispute between the country's Football Association (Zifa) and a government agency, the Sports and Recreation Commission (SRC).

For while it has been announced that Norman Mapeza has been granted this task, so it also has been reported that he will not be.

The mix-up stems from 16 November when the SRC suspended the Zifa board, and the situation is not helped by Fifa having yet to make a statement on the matter.

Football's world governing body disapproves of governmental interference in the running of a member association and has banned countries from all forms of football as a result in the past while setting up normalisation committees in others.

Last week, the secretariat running Zifa's affairs announced that Mapeza will be Zimbabwe coach for the Nations Cup, following guidance from the SRC.

However, the following day, a statement from the suspended Zifa board called this into question, saying: "The board has not appointed any national team coach."

It added that the SRC had "illegally usurped" their powers by "clandestinely assuming the role of an interim committee".

The SRC say its intervention is for the good of the game in Zimbabwe, and that they are prepared to risk a ban from international football in order for domestic issues of governance to be addressed.

Fifa, meanwhile, steadfastly backs officials elected into power, meaning they are likely to recognise - and thus communicate with - Zifa's suspended board at present.

Set for a record third straight appearance, and fifth overall, at the Nations Cup finals, Zimbabwe will contest Group B alongside Senegal, Guinea and Malawi.

Despite the confusion, Mapeza has begun work to prepare for the Nations Cup, naming Taurai Mangwiro, Mandla Mpofu and Energy Murambadoro as his assistant coaches.

Former international Mapeza worked with the same assistants when he took over Zimbabwe in September on a short-term contract following the firing of Zdravko Logarusic during the 2022 World Cup qualifying campaign.

Mapeza lost his first three games against Ghana (twice) and South Africa, before securing a home draw against Ethiopia.

Former Portsmouth and Manchester City striker Benjani Mwaruwari is also likely to be part of the technical team, as he is set to be confirmed as one of the Warriors' assistant coaches as well as national Under-23 coach.

The squad will begin their pre-Nations Cup camp in Harare on 23 December, but Wellington Mpandare - Zimbabwe's general manager for national teams - says it is not easy to prepare with the uncertainty.

"It's the players who will be affected, it would be very disappointing if we don't go to Cameroon," Mpandare told BBC Sport Africa.

"We're not on anyone's side, all we want is for football to be played."

The Nations Cup gets underway in Cameroon on 9 January, with the final taking place on 6 February.

Akufo-Addo doesn't have to advertise his reshuffle — Kyei-Me...
44 minutes ago

Stop threatening ECG Staff, we are losing out livelihood — N...
44 minutes ago