Ghana Football Is In Reverse Gear 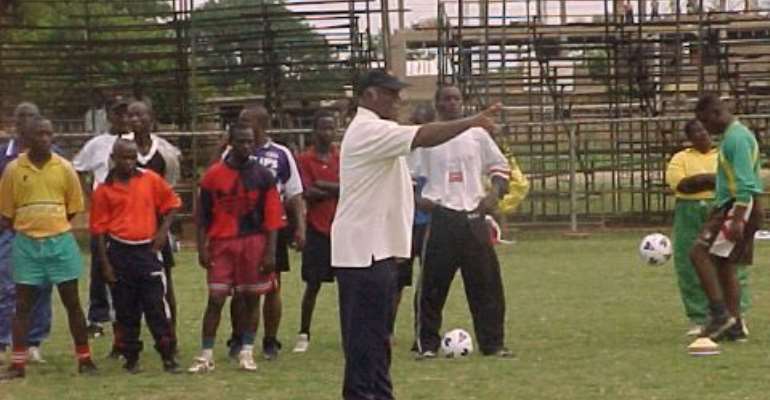 Ghana footbal has seen a fast retrogression since the takeover by the Ben Koufie administration. The FA has been bedevilled with a lot of issues which seem insurmountable.

The failure of all the national teams, with the exception of the Queens, to qualify even for the African stage was a disaster.

The Charles Taylor saga was naivity on the part of the FA, and difficulty in securing reputable sponsors for the league as well as kit management, is a shame. And now, there is this brouhaha over TV and radio rights with respect to the league and the FA caught in the middle of this mess.

Prior to these so-called rights, there was at least, some tranquility amongst the various media houses in the broadcasting of the league matches. But now, some stations, claimed not to have the rights, are cajoled out of the stadia while those with the exclusive rights decide to show some matches on some days and reserve some for other days much to the chagrin of viewers.

TV3, JOY and Peace FM claim to have the sole rights to broadcast the matches on TV and radio respectively. Crystal TV, probably having the biggest sponsorship deal, decided to merge with GTV who on the other hand are adamant in paying a pesewa for the rights.

If Peace FM is the official Twi station for the league, then why is Adom FM running commentary? Again, if Peace FM and Adom FM have other affiliated radio stations all over Ghana who broadcast their commentaries, then what prevents Crystal and GTV from amalgamating to telecast the matches, not only in Ghana but in other African countries?

I think the GFA should be blamed for this because of their disregard for contracts, and it explains why they’ve been threatened with a bunch of lawsuits.