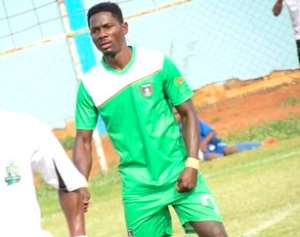 The court presided over by Mr Stanislaus Amanoipo, remanded the two accused persons who pleaded not guilty to charges levelled against them. They are to reappear on December 20, 2021.

The court heard that Adams and Amo Mensah were arrested on Saturday, December 4, 2021, after assaulting Mr Adenyo.

The prosecutor told the court that the Techiman Eleven Wonders team and its management felt the referee of the match was biased against them during the game.

When the referee held up the flag for offside against Techiman Eleven Wonders, it did not go down well with the team manager, Amo Mensah, who was sitting at one end of the stadium. Amo Mensah then ran across the pitch to attack the assistant referee, but when the policemen on duty intervened, Adams was also seen head-butting the assistant referee.

The Head of Police security operation at the Accra Stadium, Superintendent of Police, Mr Freeman Kumashie, with the help of some policemen, arrested Amo Mensah and Adams.

The two were later detained at the Accra Central Police Station before they were processed for court.

Mr Kumashie cautioned players, club officials and supporters to eschew hooliganism and attacks on match officials as part of efforts to ensure sanity in the football industry.

He said the police were prepared to arrest any individual or group of persons who misconducted themselves at the various stadia during football matches.