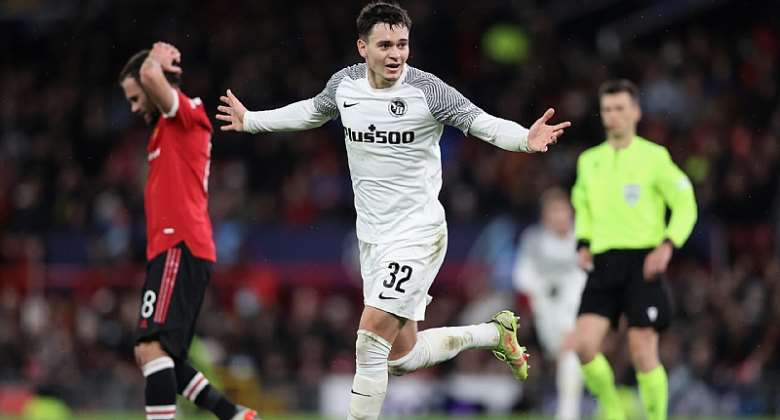 With qualification as group winners having been secured with a game to spare, interim boss Ralf Rangnick gave all 11 players who started the Premier League win over Crystal Palace a night off.

But, other than Greenwood, who brilliantly volleyed Luke Shaw's cross into the corner, it was not a night when United's fringe players made much of an impression.

A rare opportunity for Donny van de Beek only resulted in the Dutchman providing 19-year-old Fabian Rieder with the chance to equalise for David Wagner's men and Quentin Maceiras should have won it for the visitors but fired wide from an excellent position after finding himself unmarked in the box.

Rangnick introduced Robbie Savage's son, Charlie, for a first-team debut - something his dad never managed during his time as an Old Trafford junior - two minutes from time.

At the same time, Zidane Iqbal became the first British-born player of Asian heritage to make a senior appearance for the club.

The night did not end well for Aaron Wan-Bissaka, who had to be taken of on a stretcher after the final whistle.