Boakye Off To Germany 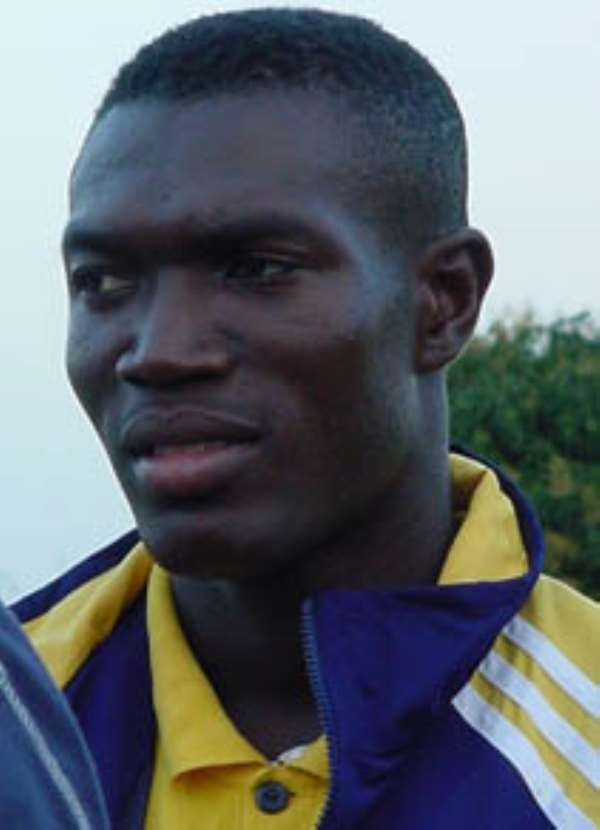 Asante Kotoko’s Isaac ‘Magic’ Boakye, the classy striker whose goals have often left goalkeepers helpless and frightened like fish out of water, left Ghana on Sunday for Germany.

Boakye is to undergo medicals with second division German side, FC Mainz, the successful outcome of which will mean he being loaned to the Germans for one year.

But if he is unsuccessful in the medicals, he will return to Kotoko.

Before the commencement of the league, Boakye was in Germany for trials with Hamburg FC and Eintracht Frankfurt who found his performance impressive. FC Mainz, who were also impressed by Boakye have been in constant touch with him since his return to Ghana.

Management has all along wanted the striker to stay and play for Kotoko in the domestic league and the Cup Winners Cup campaign, but Boakye’s focus all this time has been to start a professional career outside. In the circumstance, the IMC has no choice than to let him go since it will not like to be seen as standing in the way of any player as far as the pursuit of a professional career is concerned.

While Boakye’s departure may come as a devastating blow to Kotoko supporters, especially at this time when the club is neck locked in a fierce struggle with Hearts for the championship, there is some good news for them.

The Asare Owusu–led IMC has successfully secured the release of a top Camerounian striker to play for the Porcupine Warriors in the league. He is Betah Imbola Sandje, a 23-year-old striker of Camerounian club Botafogo. A striker par excellence, Imbola’s name may sound strange to Kotoko fans and Ghanaian football fans in general, but that need not be.

He was the player who scored two classic goals for Cameroun against the Black Meteors in Yaounde in an Olympic qualifier replay three years ago that sealed the doom of the national U-23 side. Those who have watched him at training are convinced that he will be a worthy replacement for Boakye in Kotoko’s bid to win the league this year.

Unfortunately just like Yusif Chibash and Joe Okyere, he can’t play for Kotoko in Africa because of the CAF’s refusal to grant Kotoko’s request to register seven more players who have left to join other clubs or are outside the country.

These include Godwin Ablordey, Kwadwo Poku, Hamza Mohammed and Abass Inusah, all with King Faisal, Nana Frimpong and Fuseini Adams, now with B.A United, and Osei Boateng who is now in Britain.

Imbola was registered last Wednesday to play for Kotoko in the league. All documents needed for his eligibility to play in Ghana, such as International Transfer certificate and work permit have all been obtained.