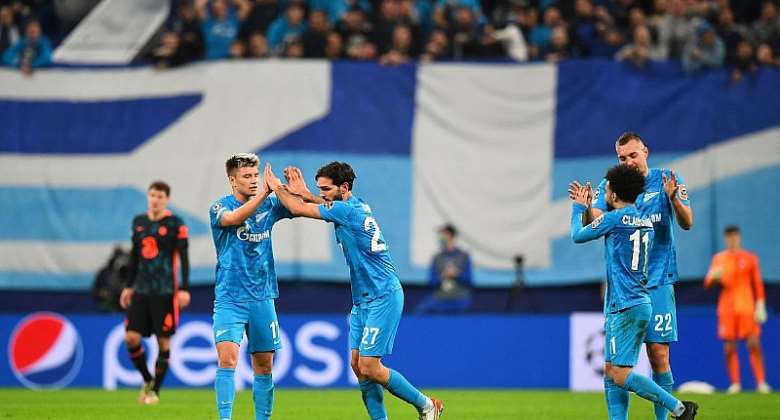 Chelsea advance to the Champions League knockout stages as Group H runners-up after a dramatic 3-3 draw against Zenit St Petersburg in Russia.

Timo Werner opened the scoring inside 90 seconds. Ross Barkley’s corner was flicked on by Andreas Christensen, finding the German at the back post who reacted quickest to tap Chelsea into the lead.

The hosts levelled the score five minutes before half-time. The ball was picked up by Douglas Santos out wide after Chelsea twice failed to clear their lines, and delivered an inviting ball towards the near post where Claudinho was able to head past Kepa.

Three minutes later Zenit were in the lead. Chelsea found themselves dispossessed on the halfway line which Malcolm was able to capitalise on. He played in Sardar Azmoun who made a great run beyond the Chelsea defence and was able to take the ball past Kepa before slotting it into an empty net.

Chelsea pulled one back after an hour. Lukaku ended his 10-game goal drought after finishing off a clever move by Chelsea to keep the Blues’ first place finish hopes alive.

Five minutes from time, Werner scored his second of the game to put the visitors back in front but a fine late strike from Magomed Ozdoev squared the match and put Chelsea through as runners-up.