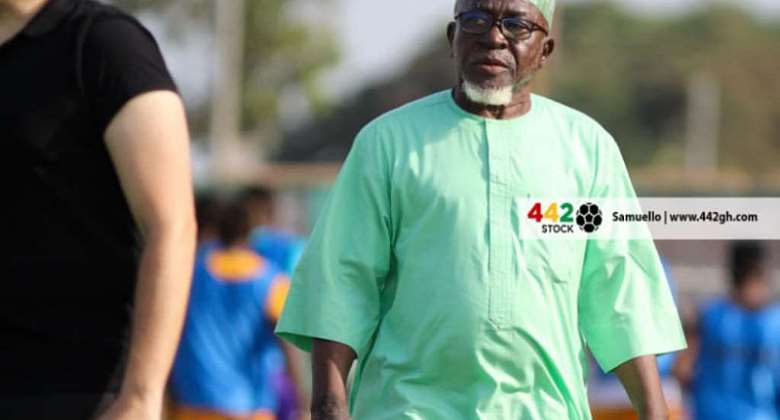 Bankroller of King Faisal, Alhaji Grusah has said his outfit defeated Asante Kotoko in the Kumasi derby with average players.

In the matchday 6 fixtures, the Insha Allah boys shocked the Porcupine Warriors by 3-2 at the Baba Yara Sports Stadium.

Forward Zubairu Ibrahim stole the show as he netted a hat-trick to condemn Kotoko to their first defeat of the campaign with Cameroonian forward Mfegue Omgba also scoring a brace for the Reds.

“We have a player that can run with any player in this country and that is Zubairu. I said before the game that we will beat Kotoko even without Osman Ibrahim and Emmanuel Sarkodie,” Grusah said after the game.

“The referee awarded them a dubious penalty initially but we don’t mind. We have beaten them, we scored three and they scored two. We won’t buy players from outside, we used colts and second division players to beat them.”

Grusah further said they can win the league for the first time this season.

“We will win the Premier League and as I said last season that we will avoid relegation, we are winning the title this season,” he added.

King Faisal are level on points with Kotoko but due to better head-to-head, the Isha Alla Boys are new league leaders.

King Faisal’s next match is at home against Elmina Sharks.

You have collapse the economy, now you want us to pay E-Levy...
52 minutes ago