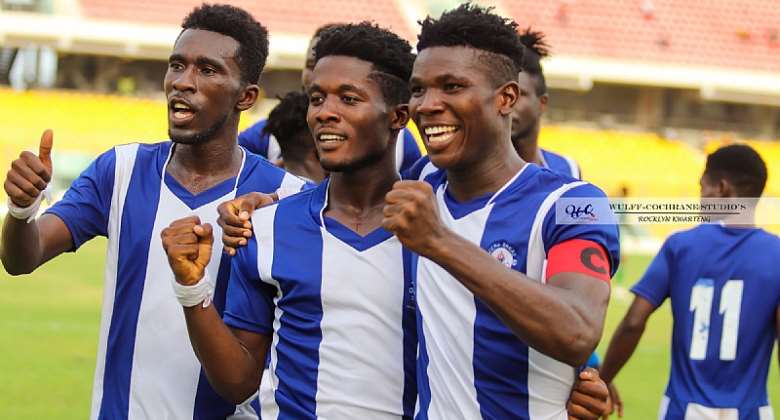 The President of the Ghana Football Association [GFA], Kurt Okraku has urged Premier League side, Great Olympics to set their sights on winning a trophy in the ongoing 2021/2022 football season.

The Wonder Club have been impressive in the ongoing campaign and after six matches played, the Olympics sit 7th on the league with 9 points.

According to Mr Okraku, Olympics are no longer a mid-table team since they started beating big clubs in the Ghana Premier League.

“Beating Dreams FC in a match is not enough,” Kurt Okraku charged the Olympics family when the club signed a bumper sponsorship deal with McDan.

GFA President noted that winning matches are not enough as it has been ages since the traditional team from Accra won a trophy.

“We need to win games and win the competitions that we are involved. It’s been a long while since Great Olympics won the Ghana Premier League and the FA Cup,” the GFA boss challenged Olympics.

“It’s been a long while since Olympics participated in any CAF-organized competition.”

The last time Great Olympics won a major trophy was in 1995 when they won the FA Cup.