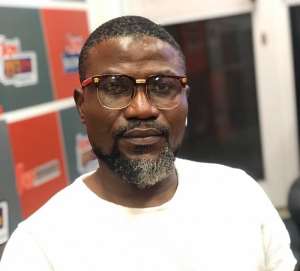 Former Hearts of Oak midfielder, Laryea Kingston says the lack of proper planning led to the club's abysmal start of the 2021/2022 season.

The reigning Ghana Premier League champions are yet to win a game in the ongoing season.

The Phobians have also been crashed out of the CAF Champions League and CAF Confederation Cup after defeats to Wydad Athletic Club and JS Saoura.

According to the former Great Olympics winger, player fatigue has played a part in the Phobians’ struggles but is confident the team can bounce back.

“Going into the season, their main focus was on Africa so they did not really focus on the Ghana Premier League,” the former Black Stars winger told Citi Sports.

“So in future, I would love to see them planning well and they also need to manage the players very well

“For me, I think the players have been overused and so fatigue has set in but with time I believe they will bounce back,” he added.

Hearts of Oak will take on Elmina Sharks in their next Ghana Premier League when they return to Ghana from Algeria following their exit from the CAF Confederation Cup.