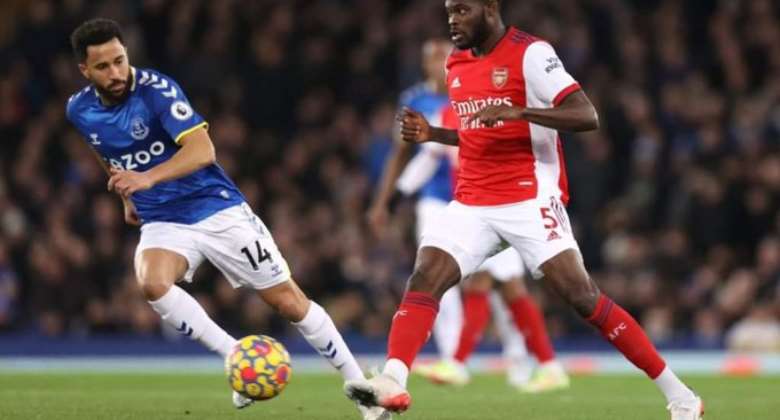 Ghana midfielder, Thomas Partey was in action for Arsenal in their defeat to Everton on Monday night in the Premier League.

Having suffered a 3-2 defeat to Manchester United, Mikel Arteta and his charges were hoping to return to winning ways against struggling Everton.

Partey who featured against the Red Devils was again handed a starting place in the Gunners lineup.

Martin Odegaard scored the game’s opener in the first half for Arsenal.

Richarlison had equalised for Everton in the 80th minute after his first two goals were all ruled offside after VAR checks.

According to Squawka Football, Partey lost more duels (9/14) than any other Arsenal player against Everton.

The 28-year-old has made more than 40 appearances for the Gunners since signing from Atletico Madrid 14 months ago but has struggled to establish himself in the team.

The defeat leave Arsenal at the 7th position on the league log with 23 points and will host Southampton on Saturday.

Aluta Continua: We are unable to call off strike – UG-UTAG t...
4 minutes ago