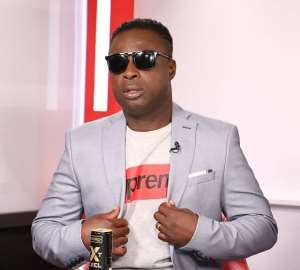 Charles Taylor, a former Hearts of Oak and Asante Kotoko ace believes it will be extremely difficult for Ghanaian clubs to win the CAF inter-club competition in the next ten years.

His comment comes following Hearts of Oak’s humiliating defeat to Algerian side JS Saoura in the CAF Confederations Cup playoffs.

The Phobians succumbed to a 4-0 defeat to JS Saoura on Sunday as the reigning Ghana Premier League champions Africa campaign comes to an end with a 4-2 aggregated score after a two-legged tie.

Speaking on Angel TV, Taylor, who won the Champions League and Confederations Cup with the Phobian club says it will be difficult for a Ghanaian club to win Africa as he strongly believes Ghana lacks quality.

“Right now, no Ghanaian club can make an impact in Africa in the next 10 years. There is no quality to compete," he said.

“Some of our best players will sit on the bench in North Africa clubs. Ghana lacks quality in all areas, technical, management and players,” he added.

The last time a Ghanaian club played in the group phase of the CAF inter-club competition was Asante Kotoko under CK Akonnor.

Hearts of Oak now turn their attention to the Ghana Premier League where they are yet to win a game in the ongoing season.