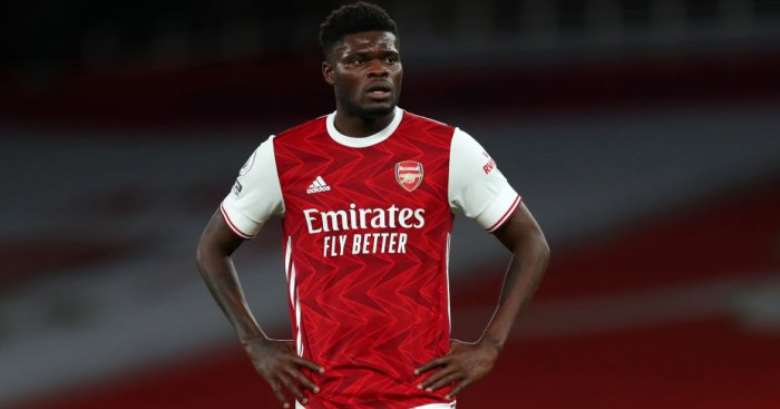 Chief Writer for The Atlantic, David Ornstein believes Thomas Partey has left Arsenal fans down following his slow start at the club.

The Ghana midfielder has come under pressure following his dwindling performance at the club.

The 28-year-old has however struggled to deal with the intensive of the Premier League which has resulted to a lot of injuries.

Partey was in action in their 3-2 Manchester United last week Thursday at Old Trafford.

Ornstein, speaking on the performance of Partey against the Red Devils says the midfielder has failed to produce the quality the club were hoping to get in midfield.

"After the defeat to Manchester United, Mikel Arteta pointed out that they need experienced players in midfield and Thomas Partey was signed for that exact reason and he has not been able to produce that quality we were expecting from him so far," he told Sky Sports.

"I do think this is an area where Arsenal were hoping to strengthen and they have brought in Albert Sambi Lokonga and I think they will need one more this summer," he added.

Partey joined Arsenal from Athletico Madrid in a deal worth £45m. He has featured 19 times for the club in all competitions with a goal to his credit.

Arsenal will be hosted by Everton at Goodison Park on Monday night in the Premier League with Partey expected to feature.