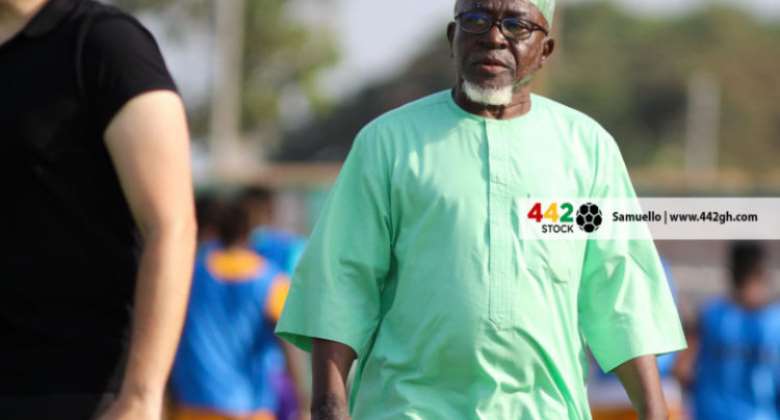 Alhaji Karim Grusah, the owner and financier of King Faisal has emphatically said his side will win the ongoing 2021/22 Ghana Premier League.

The Insha Allah lads have been impressive in the ongoing campaign, recording some impressive scorelines.

In the matchday six games, Faisal were hosted by their city rivals, Asante Kotoko at the Baba Yara Stadium on Sunday.

Young sensation Zubeiru Ibrahim dominated the headlines after the game having notched a hattrick.

Grusah, who was at the stadium speaking after the game reiterated that his side will surely emerge as the winners of the Premier League title.

"We will win the Premier League and as I said last season that we will avoid relegation, we are winning the title this season," the veteran administrator said.

However, Cameroonian import, George Mfegue scored a brace for the Porcupine Warriors to end the game 3:2.

King Faisal will host Elmina Sharks in the matchday 7 game this weekend at the Baba Yara Stadium.