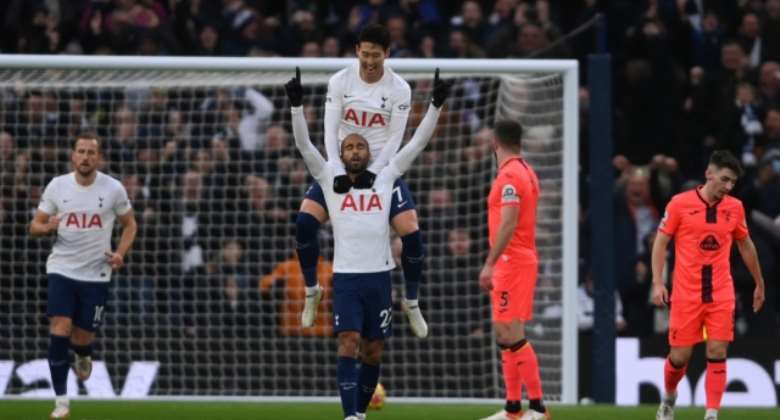 Antonio Conte said Tottenham faced a season of "hard work" despite moving to within two points of a Champions League spot with a third successive Premier League win.

Tottenham boss Conte, however, is not getting carried away after taking 10 points from his first four league games in charge.

"We have to build a solid base and a good foundation if we want to try to be competitive in the future and fight for something important," said the Italian.

"I know for Tottenham, it will be a season of work. Hard work."

Brazil forward Moura opened the scoring by finding the top corner from 25 yards following a move in which he beat two Norwich players and played a one-two with Son Heung-min.

Norwich should already have been ahead but Teemu Pukki fired straight at Hugo Lloris before Moura scored his first Premier League goal since February.

Davinson Sanchez doubled the lead, the Colombian defender lashing home as Norwich failed to deal with a corner before Son made it 3-0 with a neat finish.

At 1-0, Harry Kane missed a chance to score his first top-flight goal under Conte when he spotted Tim Krul off his line, but the England captain's lob over the keeper fell wide of the target.

The Canaries are three points from safety after their first defeat under Dean Smith.

They missed a golden chance to equalise when 20-year-old Republic of Ireland forward Adam Idah fired wide from close range before Sanchez had made it 2-0.