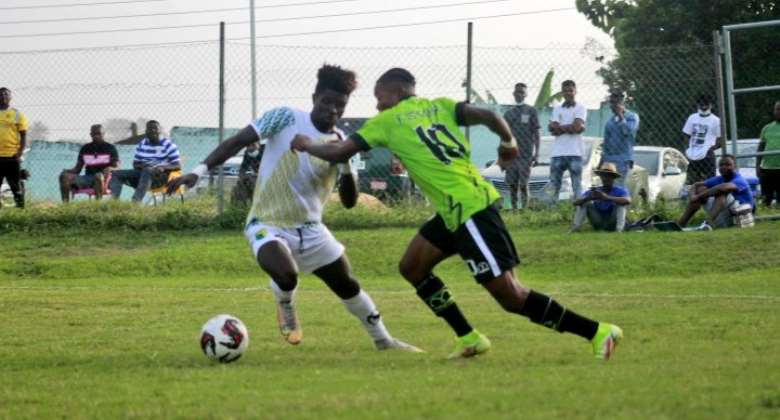 The talented forward today started for the Dawu-based club when the team hosted the matchday 6 opponent of the 2021/2022 Ghana Premier League season at the Theatre of Dreams.

In a game that started in explosive fashion, Dreams FC drew the first blood in the 25th minute when Ali Hufaz scored with a brilliant strike.

Later in the second half, both teams squandered a number of chances before Fatawu Issahaku netted a second for the home team in the 82nd minute.

Although Bibiani Gold Stars will pull one back from the spot in added time, it was not enough to earn a point for the team as they were forced to succumb to a narrow 2-1 defeat at the end of the contest.