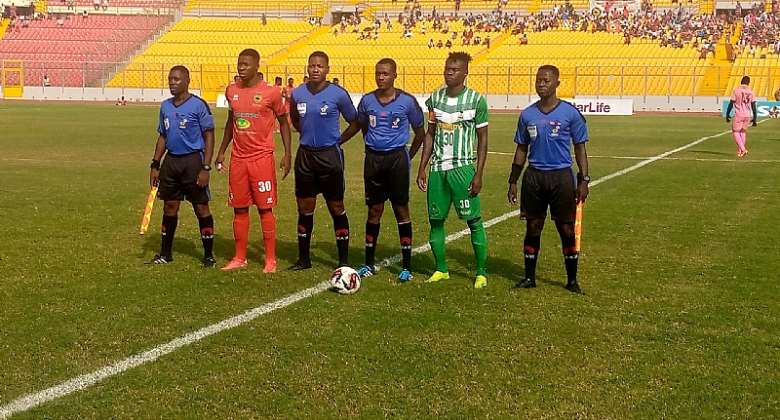 King Faisal have served Asante Kotoko with their first defeat of the 2021/2022 Ghana Premier League season after a 3-2 win on Sunday afternoon.

The Porcupine Warriors have been the best team in the Ghanaian top-flight league since the new campaign commenced.

With four wins and one draw prior to today, the Reds aimed at picking the three maximum points to stretch the lead at the summit of the Ghana Premier League table.

Unfortunately, Asante Kotoko lacked the men to deliver with King Faisal appearing to have too much firepower in their arsenal.

The visitors today led 2-0 at halftime courtesy of a fantastic brace from talisman Zubairu Ibrahim.

With Kotoko trailing, the team upped their game in the second half and almost came away with another comeback.

New signing George Mfegue bagged a brace for the Reds but a third equalizer from Zubairu Ibrahim to complete his hat-trick meant that King Faisal held on to secure a delightful 3-2 win at the end of the exciting contest at the Baba Yara Sports Stadium.