The ups and downs of Appiah 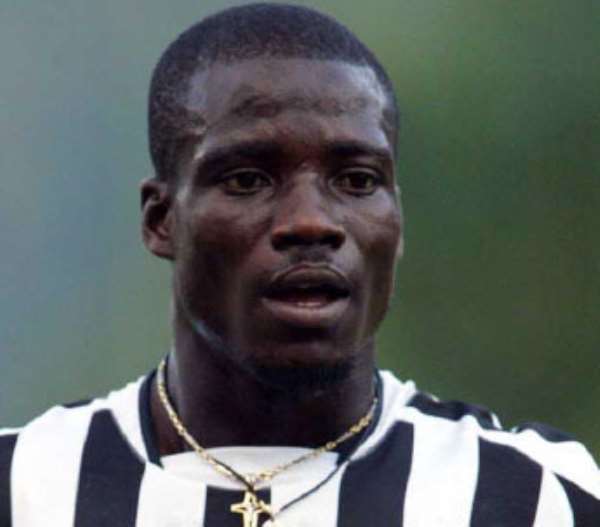 Ghana's Stephen Appiah might have earned the unwanted reputation as the first captain in over a decade who failed to lead his side to the Nations Cup finals but the last few weeks have been his most fulfilling.

Appiah captained the Black Stars as they fell to a shock 1-0 defeat against Rwanda in the final Nations Cup qualifier earlier this month.

That result meant his side failed to qualify for the Nations Cup finals for the first time since 1990.

The player was devastated by the result but his post-match comment that "life must go on" said everything about what was on his mind.

Appiah flew straight out of Kigali to Turin to sign up with Italian champions Juventus in a deal worth $6m.

The midfielder had a wonderful season with Brescia last term where he was on loan from AC Parma and scored seven league goals in addition to helping Brescia to a mid-table finish.

It was his best season in the Italian Serie A since he moved their as a teenager. .

Appiah, who had played for Accra Hearts of Oak, arrived in Italy to play for Udinese in 1997 after helping Ghana to victory in the World U-17 championships two years earlier.

He played mostly cameo roles at Udinese but during that time, Parma were impressed enough to pay Udinese $8m for his services.

A lack of first team opportunities at Parma forced the Tardini club to loan him to Brescia for the last season.

Appiah says of his time at Brescia: "They gave me the opportunity to prove to the whole of Italy that I can play football."

But the midfielder feels it is time to move on.

"In life you progress. Juventus is a great club and I am happy I am going there," he said.

Appiah has been tipped as a replacement for Dutchman Edgar Davids but he is fully aware he must fight for his place.

"I am used to fighting for my place in teams and I am prepared for that at Juventus. I trust that we will all have equal opportunities to prove worthy of a place in the team."

If he can succeed in arguably one of best teams in the world, then he may just be able to erase the pain of his and Ghana's Nations Cup failure.