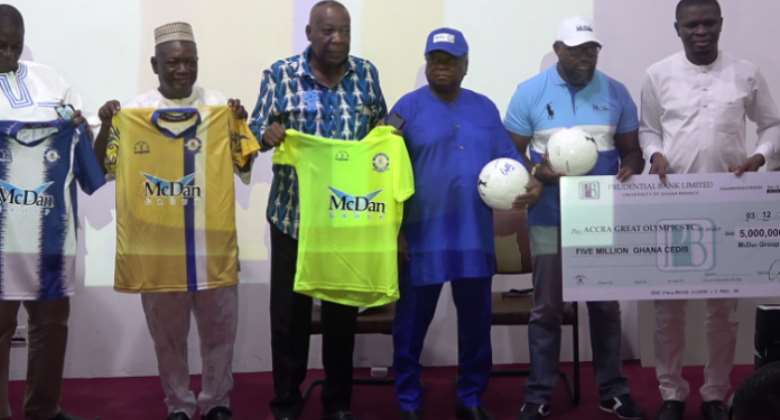 Ghana Premier League outfit, Great Olympics have reached a deal, making McDan Group of Companies the headline sponsor of the club for a period of three years.

The capital-based club and the renowned business group have been in talks over a partnership agreement in the last few months.

With both parties satisfied with the modalities of a sponsorship agreement, signatures have been signed today.

For the period of three years, McDan Group of Companies is going to invest five million Ghana cedis (5,000,000) into Great Olympics.

Modernghana Sports can report that the contract is worth a total of $270,000 per year for three years. It will amount to a whopping $810,000 for the entire duration of the contract.

The deal was signed at the Accra Metropolitan Assembly Conference Room in Accra in the presence of officials of Great Olympics as well as the McDan Group of Companies.