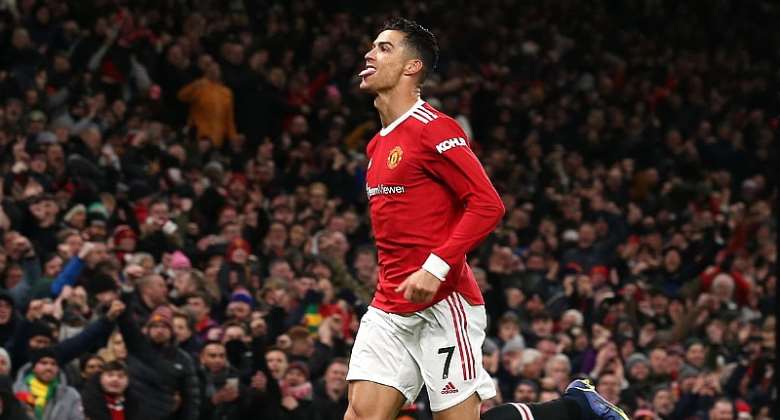 The Gunners got their reward for a lively opening but it came in strange circumstances as Emile Smith Rowe volleyed into an open goal on 13 minutes with David de Gea lying prone in the United six-yard area.

The Spanish stopper received treatment for a minor collision with his own team-mate, Fred, and following a lengthy delay referee Martin Atkinson had no choice but to award the goal as there was no obvious infringement involving a visiting player.

United were furious but improved as the half wore on and Bruno Fernandes marked his 100th appearance for the club with a smart first-time finish following a neat move down the left.

The hosts suddenly looked far more threatening and stole in front on 52 minutes when Ronaldo grabbed a landmark goal with a lethal first-time finish. However, the lead only lasted a couple of minutes as Martin Odegaard swept a similar effort into the far corner to drag Mikel Arteta’s men level.

United refused to be denied though and Ronaldo stepped up to convert a penalty 20 minutes from time to ensure caretaker boss Michael Carrick signed off undefeated.

The result means United move up to seventh while Arsenal stay fifth and miss the chance to break into the top four.

Next up, the Red Devils host Crystal Palace on Sunday while Arsenal visit Everton on Monday night.

A Conflict Analysis Of How Democracies And Constitutions Die...
2 hours ago