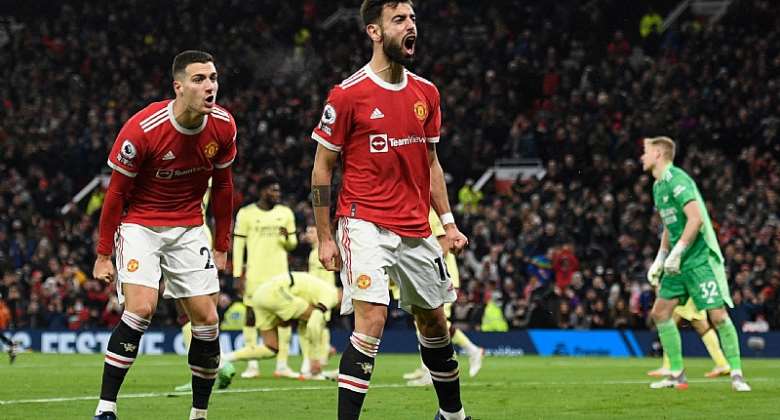 Arsenal took an early lead in the English Premier League fixture against Manchester United on Thursday night but ended up losing 3-2 at the end of an exciting contest.

Today at Old Trafford when the Red Devils hosted the Gunners, youngster Emile Smith Rowe shot the visitors into the lead after just 13 minutes of play after he was assisted by Mohammed Elneny.

Although it appeared Arsenal could record a win from the struggling opponent, a Bruno Fernandes strike in the 44th minute restored parity for Manchester United before the break.

In the first 10 minutes of the second half, Cristiano Ronaldo and Martin Ødegaard scored for their respective clubs to take the scoreline to 2-2.

With all to play for in the final 30 minutes of the game, Manchester United put up a strong performance as the team dominated the visitors.

After several attacks, the hosts were awarded a penalty kick in the 70th minute. From 12-yards, football great Cristiano Ronaldo stepped up and expertly dispatched his effort to give his team a 3-2 win.

Despite the efforts of Thomas Partey and his Arsenal teammates, the team could not get back into the game and had to succumb to a narrow defeat at the end of the game.

You have collapse the economy, now you want us to pay E-Levy...
31 minutes ago