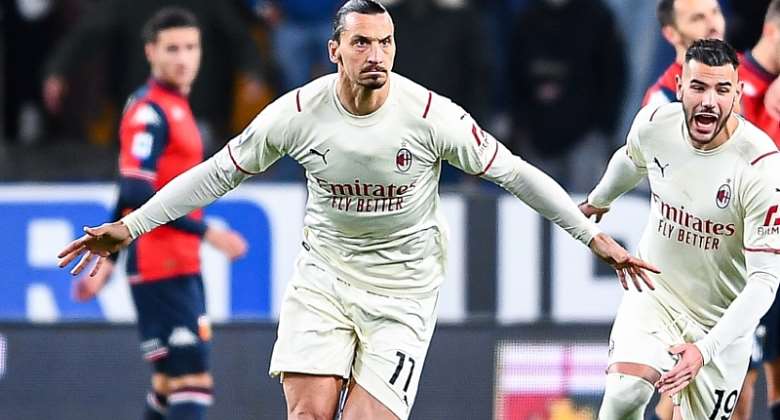 Ibrahimovic was on target as AC Milan ended a run of four league games without victory after a 3-0 win against Genoa.

Simon Kjaer suffered an injury and was forced off after only five minutes, adding to Milan’s defensive woes in recent weeks.

Milan broke the deadlock within ten minutes, Zlatan Ibrahimovic converting a free-kick from 25-yards out.

Junior Messias doubled Milan’s lead on the brink of half-time in his first start for the club. He latched on to a deflected ball that had cannoned into the air, and cleverly looped his header towards the far post and above Sirigu.

Milan had a third after an hour, and Diaz was right at the centre of it like he had been all night. He picked up the ball just inside the box and laid it off to the right for the oncoming Messias, who cleverly slotted it across goal into the bottom left corner.