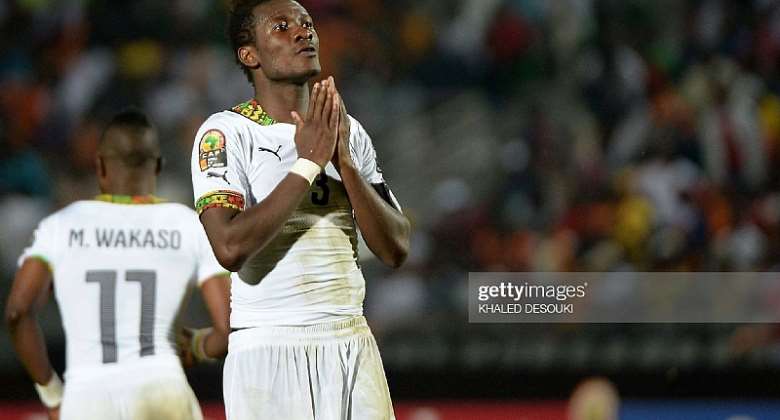 Owner and bankroller of King Faisal, Alhaji Abdul Karim Grusah has taken a swipe at Asamoah Gyan insisting he must not come close to the Black Stars.

Alhaji's comments come after Gyan, 34, said Ghana's penalty against South Africa during the 2022 World Cup qualifiers was a soft one.

Black Stars recorded a 1-0 win over the Bafana Bafana with Andre Ayew scoring from a spot-kick.

The win propelled Ghana to book a place in the playoffs of the competition.

Reacting to the incident, Gyan, who has scored more goals (6) than any African at the World Cup, said Daniel Amartey went down too easily.

“I think the incident was a bit casual. From where I sit and how I saw it I think Daniel Amartey went down too easily but the referee was closer to the spot and probably had a better view of the situation," Gyan told Asempa FM.

"Remember was the tempo of the game also could have influenced the referee’s decision to award the spot-kick,” added.

However, Alhaji Grusah, who is the owner and bankroller of King Faisal insists the record leading top scorer of the Black Stars is ungrateful and a pretender.

According to him, Gyan will not even get the opportunity to become a ball boy for the national team again, therefore the former Sunderland attacker should forget about expecting Black Stars call up ahead of the next year’s African Cup of Nations.

“Asamoah Gyan is ungrateful and a pretender, he won’t even get the opportunity to become a ball boy,” said Alhaji Grusah on Accra-based Asempa FM.

"He should stop talking about the penalty against South Africa," he added.

Gyan is Africa’s leading top scorer at the World Cup has not been called to the Ghana senior national soccer team after the 2019 AFCON.

Meanwhile, South Africa are waiting for the verdict from FIFA after claiming the match was fixed.